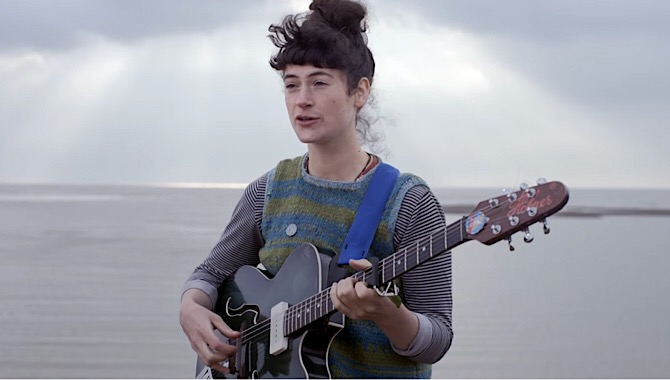 This Is The Kit release new album – ‘Off Off On’

Today, This Is The Kit have released their hugely anticipated album ‘Off Off On’ into the world. ‘Off Off On’, which has been released by Rough Trade, is available everywhere now.

Kate Stables’ group This Is The Kit have created a name for themselves with songs that untangle emotional knots and weave remarkable stories. Their second album for Rough Trade Records, Off Off On, is a beautifully clear distillation of Stables’ songwriting gifts. Recorded just before the pandemic forced the world to hit the pause button, the songs are exquisitely astute, the album title suggesting life’s glitchy rhythms – “two steps backwards, one step forwards… Swinging between good places and bad places inside and out.”

She decided to work on the new record with producer Josh Kaufman, a New York-based musician, Hold Steady collaborator and member of Bonny Light Horseman and Muzz. Stables first met him when working with Anais Mitchell on a cover of an Osibisa song, their paths crossing again at Bon Iver and Aaron Dessner’s PEOPLE residencies in Berlin and Brooklyn. “We were on the same page about a lot of musical ideas, as well as doing things I definitely wouldn’t do musically,” Stables says. “It was a lovely mixture of wow, you’re exactly in my brain and exactly at the opposite end of my brain.” After the band – completed by Rozi Plain (bass/vocals), Neil Smith (guitar), Jesse D Vernon (??), and Jamie Whitby-Coles (drums), – rehearsed the songs at an isolated cottage in Wales, they headed to Wiltshire’s Real World Studios in the UK, finishing just in time for everyone to get home for lockdown.

The result of their work together is Off Off On. Richly illuminating and acutely sensitive to the pulses and currents of life, the album shows This Is The Kit overflowing with ideas, energy and power.

‘“Was Magician” is a gorgeously, impeccably arranged song’ – Stereogum

“Off Off On is an album that encapsulates the mood of dark mornings and early evenings. The autumnal and introspective elements work beautifully with the sense of unease that many people are experiencing right now.” – Gigwise

“A sense of immense cavernous emotion in reserve” – Mojo