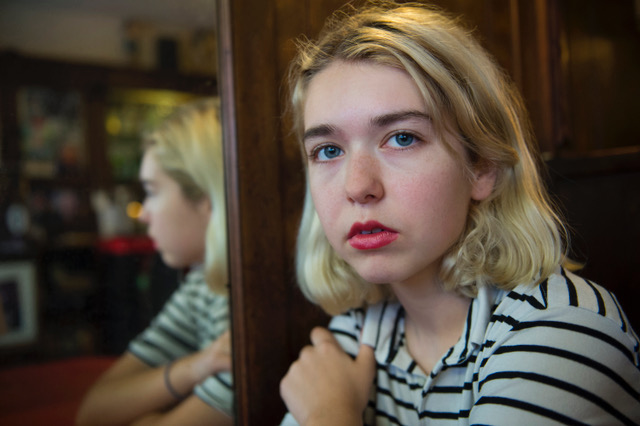 At the beginning of 2018, we began working with Lindsey Jordan, the aka Snail Mail, an 18-year-old ice hockey veteran-turned singer-songwriter from Baltimore whose ‘Habit’ EP (2016) has generated nearly instant acclaim from press and musical peers alike.

Lindsey has signed with Matador Records and Mattitude Publishing and has just announced the details of her first full length record.

‘Lush’ will be released on June 8th by Matador worldwide, with us looking after the publishing.

The first single ‘Pristine’ came out on Friday accompanied by a great lyric video – https://www.youtube.com/watch?v=s7tnTucP1UM

Her NME interview at SXSW interview ran to coincide with announcement on last week – http://www.nme.com/blogs/nme-radar/sxsw-2018-snail-mail-debut-album-lush-2270214

“The new record sees her up her guitar hero status, weaving in solos and licks inspired by her favourite guitarists, including Kurt Vile, Marnie Stern, and her former guitar teacher Mary Timony. Like those musicians, the rising star is happy to encourage young women to pick up an instrument, but says her inclusion in “women in rock” write-ups – an experience she’s had several times lately – is a “double-edged sword”. “Sometimes it feels like someone’s just getting clicks based on the fact you’re a woman. I would rather go dig a hole and live in it than talk about what it’s like to be a woman to some guy.”

“feels bigger than anything she’s made before”