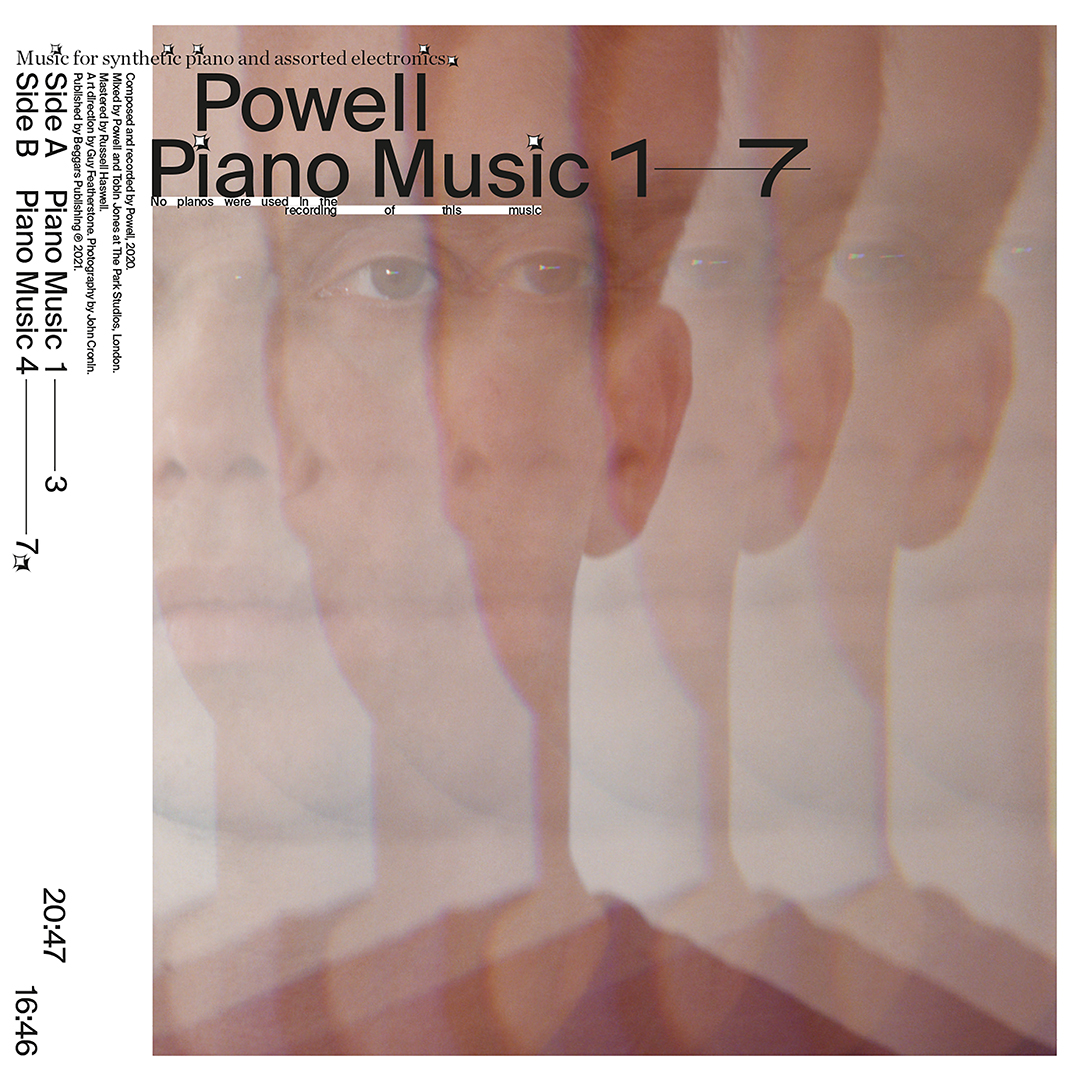 Via his own Diagonal Records imprint, his work on XL Recordings and, most recently, the opening of audio/film platform A Folder [afolder.studio], Powell has firm footing in the contemporary electronic landscape. During a wry and obstinate musical life he has twisted myriad synthetic forms into shapes that explore and expand upon the districts of post-punk, techno, noise + computer music, and in the the last year alone he has released four albums of hi-def abstractions, each inspired by a formalisation of music proposed by Iannis Xenakis.

Piano Music 1-7, subtitled ‘Music for Synthetic Piano and Assorted Electronics’, consists of seven different synthetic islands strung together into a single composition. All were composed using the aforementioned processes that allowed Powell to play a piano, even if he never learned to do so with his hands. After all, ’In writing electronic music,’ Robin Mackay once wrote, ‘you also have to direct the invention of new tools.’