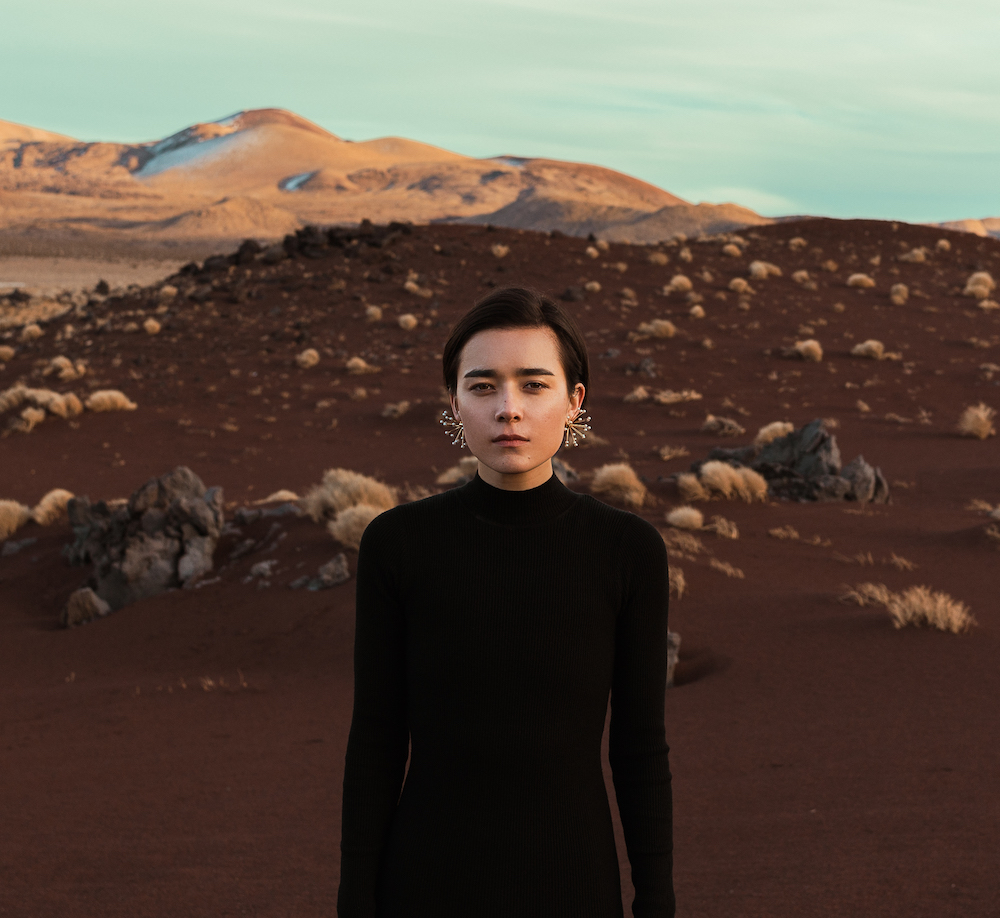 Miss Grit, moniker of Korean-American musician Margaret Sohn, has today released her Impostor EP. Sohn makes relatable songs that masterfully dissect the feeling of self-doubt. Her songs can drastically shift from delicate to explosive as they show her technical prowess as a guitarist and melodist, and her evocative lyricism. On the heels of her Talk Talk EP, a “truly awe-inspiring first work” (NME), Impostor is a six song collection that’s more cathartic, resolute, and fully documents the array of talents she brings as a multi-instrumentalist, singer, and producer.

Throughout Impostor, Sohn explores the titular “impostor syndrome” that so often characterizes the insecurities of the early 20s. The songs address her life-long navigation through the racial impostor syndrome she experienced as a half-Korean girl “trying to fit into the white space” of the Michigan suburbs where she grew up. Not even a move to New York City, where she studied music technology at NYU and began to dream of creating effects pedals for a living, could ease her internal conflict. Part of that uneasiness for Sohn was her initial success with Talk Talk and the feeling “she was someone who was impersonating a musician.” Her solution was producing the EP by herself at Brooklyn’s Virtue and Vice Studios so that she had complete creative control.

“I’ve gone my whole life feeling really uncomfortable defining myself,” Sohn says. “I realized that a lot of the time, I’m more comfortable with other people defining me and making up their mind about who I’m supposed to be.” Writing this EP helped her understand that futile pattern. Miss Grit is a project that allows Sohn to break through self-bias, creating a version of herself that doesn’t need to be limited. Expressing herself through her powerful, confident music while still being vulnerable about her insecurities is a dynamic that characterizes her work, with all of its pushes and pulls of emotion. Ultimately, Sohn says, the Impostor EP is about feeling self-doubt, working through it with music, and letting it all subside.

“Each song feels like a catharsis, masterfully building and unravelling in controlled chaos of instruments distorted beyond recognition; frenzied release often giving way to moments of calm, and vice versa.” – NME ★★★★