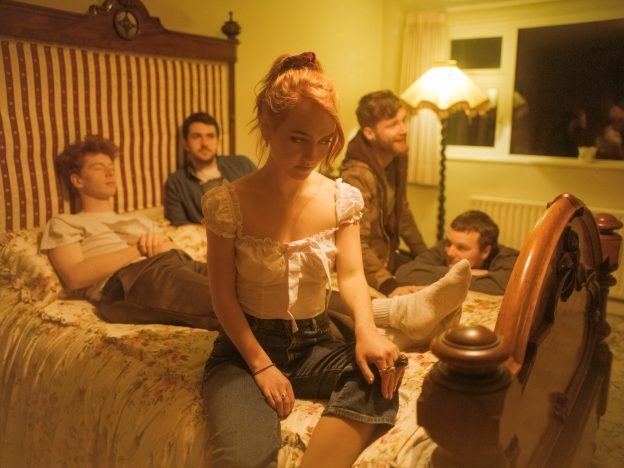 We are please to announce we have a new addition to our roster – Irish band, Just Mustard!

The Dundalk band’s heady blend of noise, trip hop and electronic influenced music earned their debut album Wednesday huge acclaim in their native Ireland in 2018 – including a Choice Music Prize nomination for Irish Album of the Year.

Earlier this year, the band made their first major strides internationally with the AA side ‘Frank//October’, gathering acclaim outside of Ireland; KEXP made ‘Frank’ their ‘Song Of The Day’, BBC Radio 1 named it ‘Tune Of The Week’, The FADER offered up the premiere of the song’s video and ‘October’ drew the acclaim of Stereogum.

This momentum carried through to live, with the band supporting Fontaines DC on their sold out UK tour, emerging as a ‘band of the weekend’ at Brighton’s Great Escape Festival and coming out of Primavera as one of the “12 best acts” according to NME.

Just Mustard were handpicked by Robert Smith to support The Cure at Malahide Castle in Ireland.

With their new single Seven out in the world, a busy touring schedule ahead – including their biggest headline show to date at Dublin’s The Button Factory on 21 December – and their hotly-anticipated second album on the horizon, Just Mustard are set for a big end to 2019 and beyond.