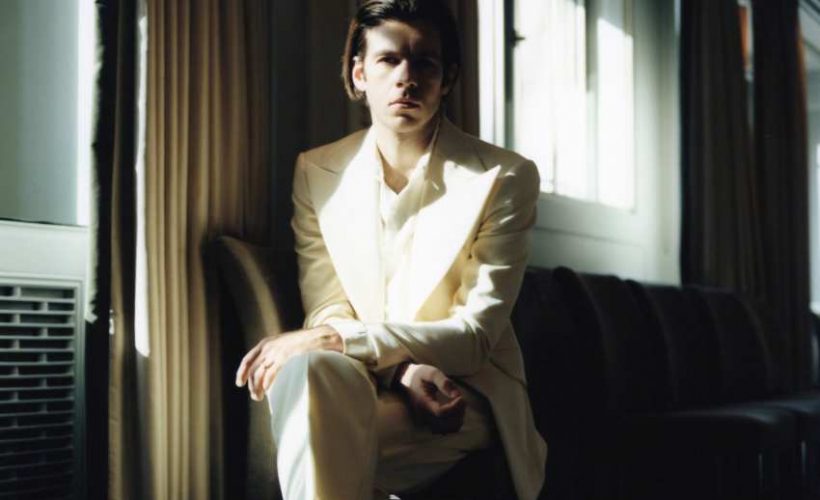 Today James Righton shares his first new single since releasing his critically acclaimed album The Performer in 2020. “Release Party”, available to stream and download now HERE, also features as one of the three exclusive tracks on Foundations, the 27 track compilation album from DEEWEE, released tomorrow, Friday 7 May. It was Righton’s The Performer LP that first saw him collaborate with Soulwax brothers David and Stephen Dewaele who mixed the album at their studio in Ghent, Belgium. “Release Party” is Righton’s first new piece of music since and was made remotely between his home studio and the DEEWEE studio.  Whilst it retains some of the glam, 70’s art-lounge atmosphere of The Performer, it’s the exquisitely slick electronic production from the Dewaele brothers and Righton’s observational lyrics that gives the track an altogether more modernist quality. Righton described the song as being about; “tension and release and the dreams and fantasies we make”.

James’ past is well documented; coming to prominence as the frontman of the Mercury Prize-winning and genre inventing Klaxons, he helped create a mini-revolution in British music and spawned a youth subculture that blurred the lines between independent and pop music in ways that still reverberate today. When Klaxons disbanded six years ago, James began a period of multitasking extremis; creating original scores for theatre and film productions, recording keys for the Arctic Monkeys’ Tranquility Base Hotel and releasing the James Ford produced Shock Machine LP. 2019 saw Righton sign to DEEWEE and release The Performer following year, the first album under his own name.

“Release Party” features alongside Charlotte Adigéry’s recently released single “Bear With Me (and I’ll stand bare before you)” and Movulango’s debut single “Leave” as the three exclusive tracks on Foundations. It’s the labels 50th release and the first compilation album from DEEWEE. It’s beautifully presented across triple LP and 2CD physical editions, along with digital format. Pre-order here.