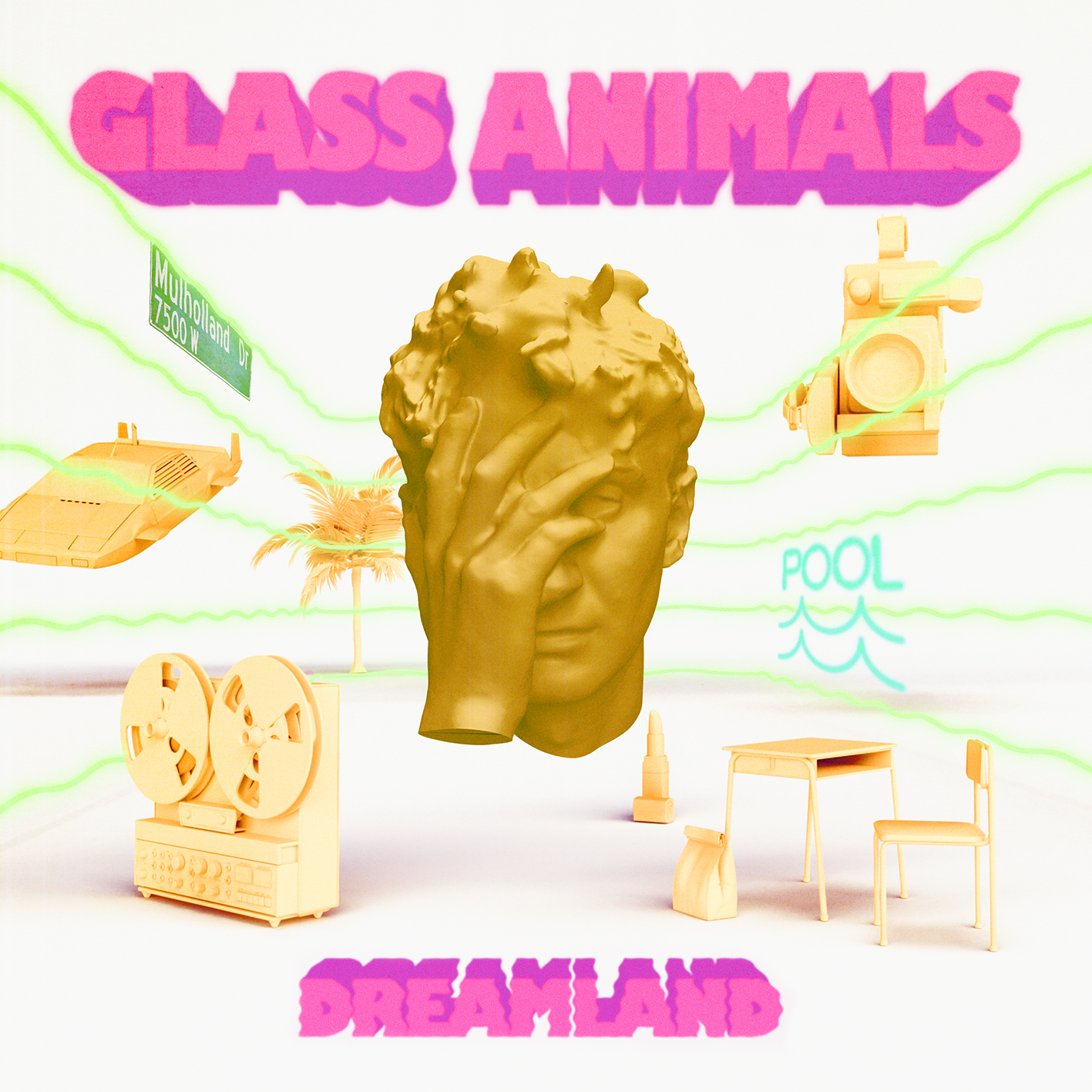 From the confines of lockdown, Glass Animals have announced that their third studio album ‘Dreamland’ will be released on the 10th of July on Polydor. With the announcement comes the weighty and gorgeous title track, which is a trailer for what is to come from this truly original band.

At the heart of ‘Dreamland’ lies the quietly enigmatic Dave Bayley, the bands frontman and producer extraordinaire who’s work extends far beyond that of Glass Animals, with credits including Joey Bada$$, Flume, Wale, Khalid and most recently Denzel Curry on the late 2019 single ‘Tokyo Drifting’.   For Bayley, ‘Dreamland’ is a nostalgic memoir of his life so far, covering expansive and difficult ground and holding nothing back. It’s packed full of personal experiences, none more emotional than when the bands drummer Joe Seaward was involved in a monstrous bike accident in July 2018 which threatened his life, and that of Glass Animals altogether. In Bayley’s own words –

“The idea for this album came at a time of confusion and uncertainty. My best friend was in the hospital. I didn’t know if he’d make it. The future was damn scary and completely unknown. During those weeks in the hospital, it was so difficult to look forwards that I found myself looking backwards. Digging around in my mind, pulling up old memories, finding comfort in them even if they were uncomfortable in themselves.”

“Speaking to friends and family, I’ve realised that a lot of people are experiencing a similar sort of confusion now. Everything that we thought we could see clearly in front of us has been thrown into the air, and all the while, we can’t be out finding our footing. We can’t be out creating new memories, so…we’re diving back head-first into the old ones. I hear that in conversations. I see it in what people are watching on TV. In what we’re listening to. In what we’re eating. In dreams.”

Glass Animals have shared the title track from ‘Dreamland’ and its utterly unique, self-made video that Dave (and a small remote creative team) have conjured up to introduce the new album. Using handwritten instructions, set in Dave’s own home and filmed entirely via ZOOM, it’s an absurd but strangely comforting dreamlike trip that pays tribute to the track (and the album) perfectly.