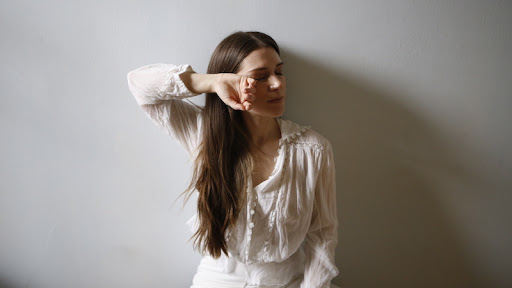 Gia Margaret premieres “Barely There” from new album Mia Gargaret, due in June.

‘Gia Margaret’s second album was not supposed to turn out this way. The Chicago-based songwriter made her debut in 2018 with There’s Always Glimmer, a collection of bittersweet folk songs that bubbled at the edges with electronic flourishes. While playing live across the U.S. and Europe Margaret began to struggle with her vocals. She was diagnosed with laryngitis in early 2019, but things got steadily worse until any singer’s worst nightmare was realized and she lost her voice entirely. “I felt I was reliving a nightmare every day” Margaret explains now in a FaceTime call. “I was just getting on stage and not knowing what was going to happen. There was one night where I felt I literally sounded like a frog. It didn’t sound like me and I was really hurting myself.” ‘