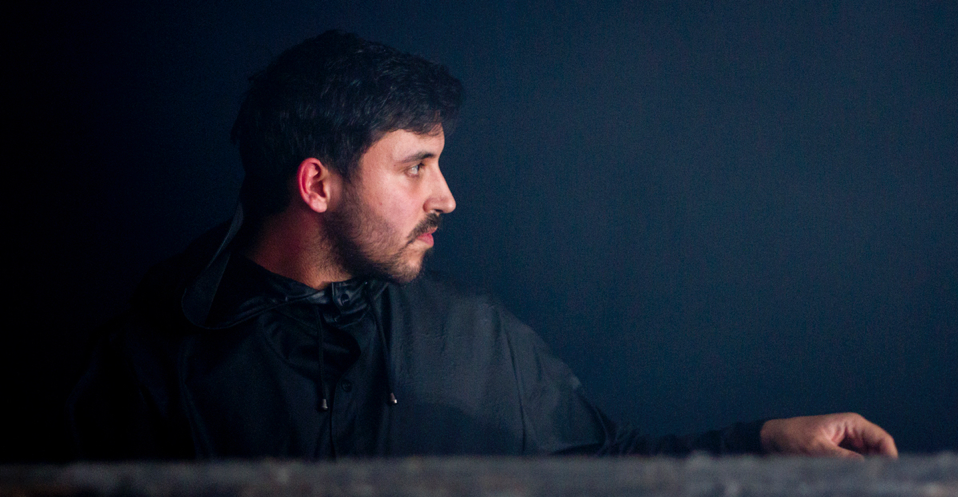 Bobby Krlic is a British artist, composer and producer based in Los Angeles. For the better part of the past decade, he has created music under the moniker of The Haxan Cloak, releasing two highly celebrated full-length albums (2011’s The Haxan Cloak and 2013’s Excavation – rated 9/10 by Spin, 8.7/10 by Pitchfork and 16th-best dance album of 2013 by Rolling Stone) and touring extensively as a solo artist.

Krlic recorded the first, self-titled Haxan Cloak album in his parents’ shed over the course of three years using strings, mics and a laptop, playing every instrument himself. His second, Excavation moved fully into electronic sonics, using samples and  heavy bass, along with distorted field recordings captured by Krlic himself. In 2012, The Haxan Cloak released a limited edition, one track, 27-minute live recording, The Men Parted the Sea to Devour the Water.

Krlic’s  music is almost entirely instrumental, and is often described as dark  and intense, carefully constructed, textured and atmospheric, often with heavy bass and elements of drone metal. Midsommar attests to Krlic’s versatility as a composer, including as it does rich orchestral strings, traditional folk and evocative choral work.

“Krlic’s music – even at its most choking and hopeless – feels luminous, making for a perfectly-poised accompaniment to one of the most challenging genre films in recent years.”
Best Fit 9/10

“The remarkable music score by Bobby Krlic aka The Haxan Cloak is also a major contributor to the uncanny feeling the movie creates. Top Stuff.”
Glenn Kenny, New York Times

“At first, Krlic’s soundtrack captures the instinctive panic that comes with the upset of environmental and cultural norms. But as Aster’s characters grow acclimated to their new surroundings, he relieves us with symphonic moments of clarity (“The Blessing”) and triumph. “Fire Temple” is his exquisite farewell with strings that writhe with sorrow, with intensity, with relief.”
Pitchfork review – Midsommar Soundtrack