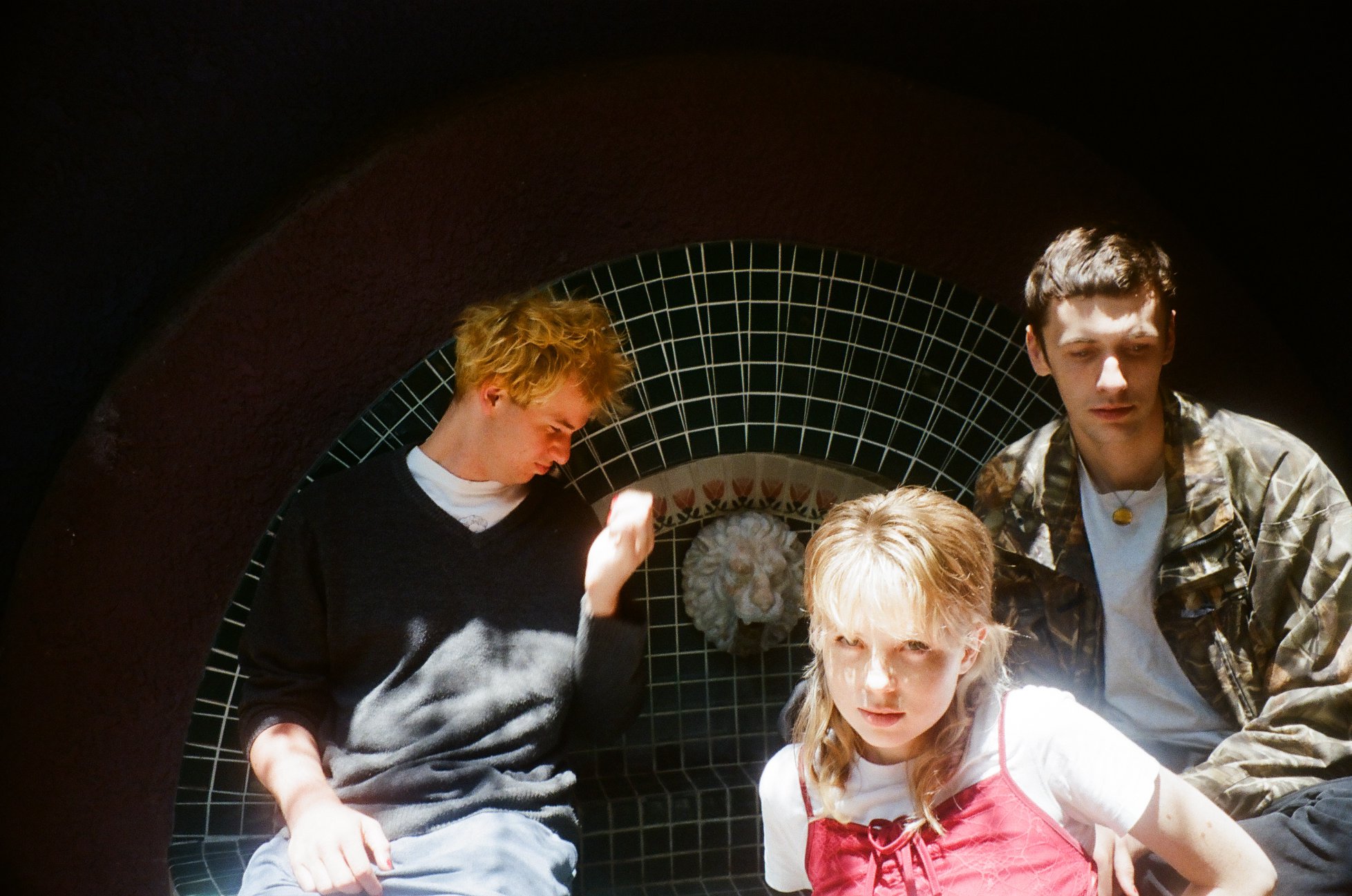 The Goon Sax are an indie pop trio from Brisbane, Australia. Formed in 2013, the band consists of Riley Jones, Louis Forster and James Harrison. The band released their debut album, Up to Anything, in 2016 on the Chapter Music label.

Forster and Harrison started the Goon Sax when they were still in high school. The two began by collaborating on songs together in Harrison’s bedroom. In March 2014, Jones joined the band after taking drum lessons for a month. In September 2015, Chapter Music released their debut single, “Sometimes Accidentally,” followed by their second, “Boyfriend,” two months later.

They have refined tastes – they love the Pastels, Talking Heads, Galaxie 500, Bob Dylan and Arthur Russell. On Up To Anything they pull off the almost impossible, capturing the awkwardness, self-doubt and visceral excitement of teenage life, while still in the thick of actually living it.

The Goon Sax are already masters at pairing teen microdrama with pop sophistication – but clearly, Up To Anything is just the beginning!

Second album We’re Not Talking showed how much can change between the ages of 17 and 19. Recorded with James Cecil and Cameron Bird, respectively former/current members of Architecture In Helsinki, it takes the enthusiasms of youth and twists them into darker, more sophisticated shapes.
Strings, horns, even castanets sneak their way onto the album, but We’re Not Talking isn’t glossy throwaway pop. Sounds stick out at surprising angles, cow-bells become lead instruments and brief home-recorded fragments appear unexpectedly. This is a record made by restless artists, defying expectations as if hardly noticing, and its complexity makes We’re Not Talking even more of a marvel.

“This group of teenagers from Brisbane could be your favorite new band” – NPR
“A miraculous and hot-blooded indie rock record that reveals three ambitious, flawed, and wildly talented musicians” – Noisey
“A glorious pop album that perfectly captures those awkward confusions on the road to adulthood” – Mojo
“This is the sound of growing up smart” – Pitchfork
“Classic Brisbane pop” – Uncut
“Like living in a great coming-of-age film” The Guardian
“Impossibly charming Aussie indie-pop” – Rolling Stone
“Extraordinarily gifted songwriters with whip-smart pop instincts” – Billboard