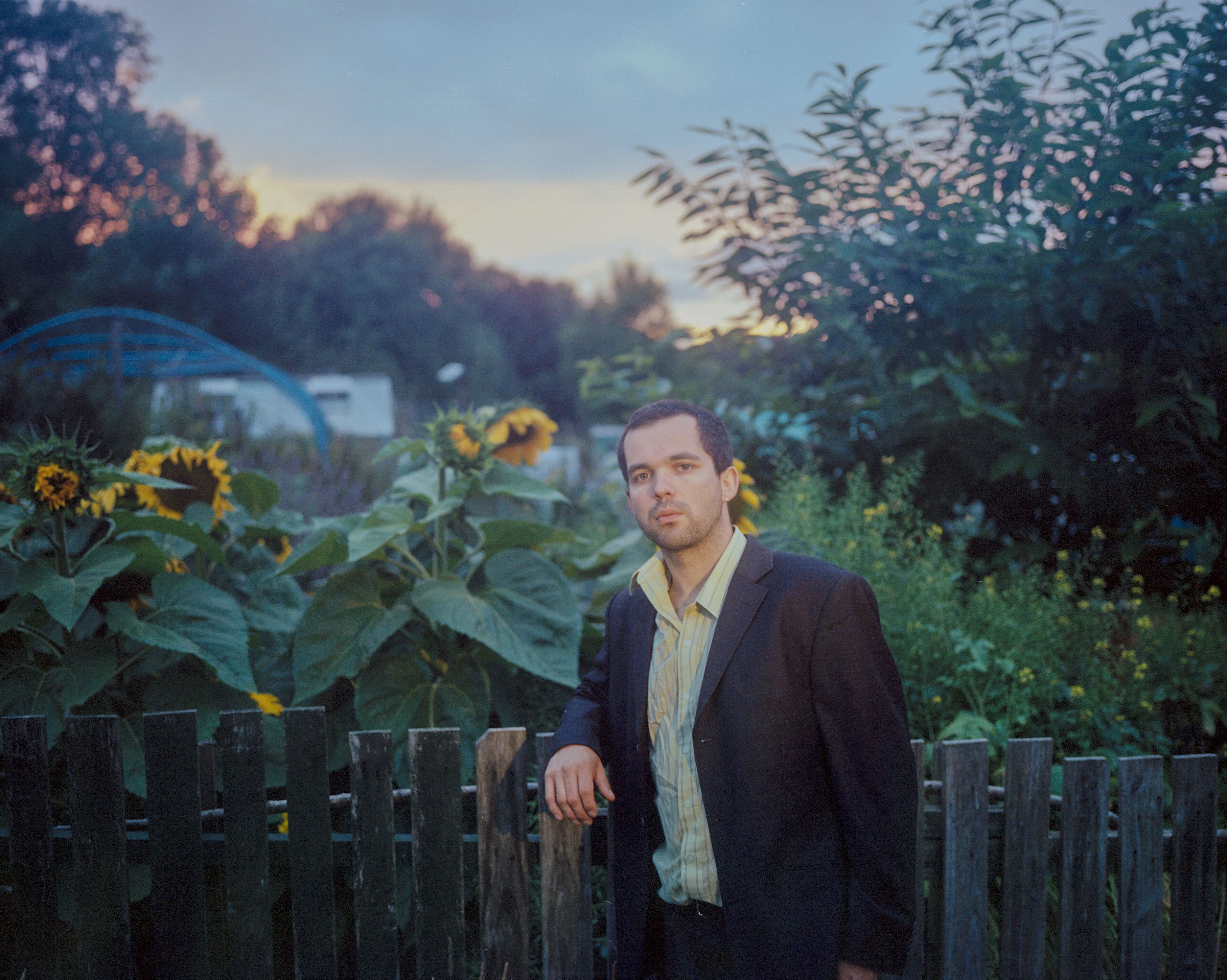 Founded in Falmouth, Cornwall in 2013, the GOLDEN DREGS is the project of Benjamin Woods, songwriter and producer currently residing in South London. From piano–man, bar–band, baritone karaoke–crooner to an all–singing–all–dancing seven piece, all guises of the GOLDEN DREGS serve as a platform for Woods’s different musical output. Under the moniker he has so far released two albums  Lafayette (2018) and Hope Is For The Hopeless (2019).

In October 2022 The GOLDEN DREGS announced their signing to 4AD, and an upcoming album On Grace & Dignity, which comes out February 10th. Where Hope Is for the Hopeless, plunged deep into Woods’ personal pain, On Grace and Dignity looks outward to consider his home and what it means to be shaped by a place – in this instance, Truro, Cornwall’s capital, home to a rare three–spired cathedral, a peaceful river and a lot of empty shops and flimsy out–of–town housing estates.

Every song on the album takes place in a scene in the town. “There’s different parts of the experience of growing up in Cornwall in there,” he says. “Some of it was from me looking at it when I was down there that winter, and some of it was me harking back to the experience of growing up there. It’s defined by that sense of duality, of coexisting realities,” he explains. “You’re geographically so far away, and it has a strong identity of its own, as well as a different landscape. It’s so rugged and bleak, but beautiful – which is what I really like in music.”

2022 was a pivotal year for The GOLDEN DREGS; as well as signing to 4AD, Woods and his band made a triumphant return to End Of The Road festival where they played to a packed out Garden Stage. Autumn saw them supporting Katy J Pearson for her London headline and Ezra Furman on her UK and European tour dates. 2023 looks set to be even bigger, with the full lineup headed to SXSW and a headline shows planned for New York, LA, UK & Europe.