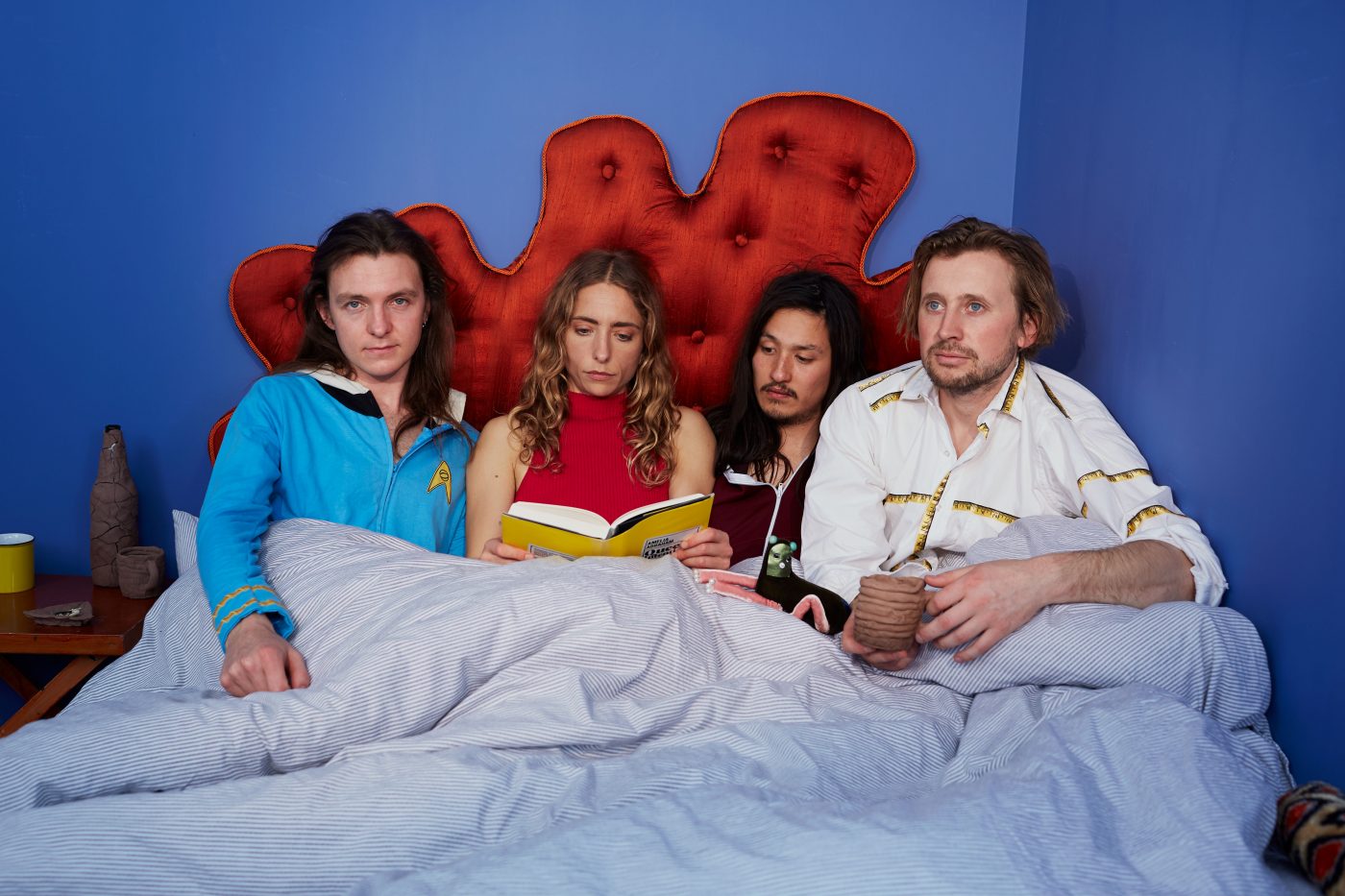 Pumarosa are a five-piece band from London, whose music has been described as “industrial spiritual” and brings together the brooding, heavier songwriting of PJ Harvey or Patti Smith with the groove-led and nocturnal electronics of The Knife and Cocteau Twins.

Pumarosa’s much-anticipated debut album, ‘The Witch’ was released in May 2017 via Fiction Records. The stunning debut soundtracks a vivid journey thus far: from the shared Tottenham warehouse the band formed in to the derelict Italian cinema in which they honed their sound, and then the South London studio of eccentric producer Dan Carey (Kate Tempest, Bat For Lashes, TOY). Having sold-out a series of headline shows starting at a half-knocked down house in Peckham to the ICA and then the Village Underground – alongside touring with artists like Kate Tempest, Glass Animals, Everything Everything and wowing crowds at festivals like Latitude and secret midnight sets at Glastonbury – Pumarosa have emerged as one of the UK’s most undeniably powerful live bands.

Pumarosa returned in November 2019 with their follow-up to ‘The Witch’, titled ‘Devastation’.

Introduced in suitably-abrasive style on ‘Fall Apart’, ‘Devastation’, produced by John Congleton, is a powerfully uplifting album that confirms Pumarosa as one of the UK’s most inventive and ambitious bands. Songs work though questions of mortality and the pain of love while revelling in sexuality: what it feels like to ‘Fall Apart’, what it takes to carry on, and what it means to be alive.

“…This band are particularly exciting, I think we can expect great things from them” – Lauren Laverne (6 Music)
“They’re real players in a world of people who just turn up and press go on their laptops, they’re great musicians and she’s got a brilliant voice, they’re a great band, one of the best songs I’ve heard this year, it’s very exciting.” – James Blake, Radio 1

Reviews for ‘The Witch’

“…A force to be reckoned with… the fire of Patti Smith, the visceral thrill of Kate Bush … mesmerizing” – Debut of the Week – Sunday Times Culture

“an explosive debut heralding the arrival of a major new talent. One of the debuts of the year. – Q Magazine ★★★★

“A heavy album delivered with a life-affirming lightness of touch” ★★★★