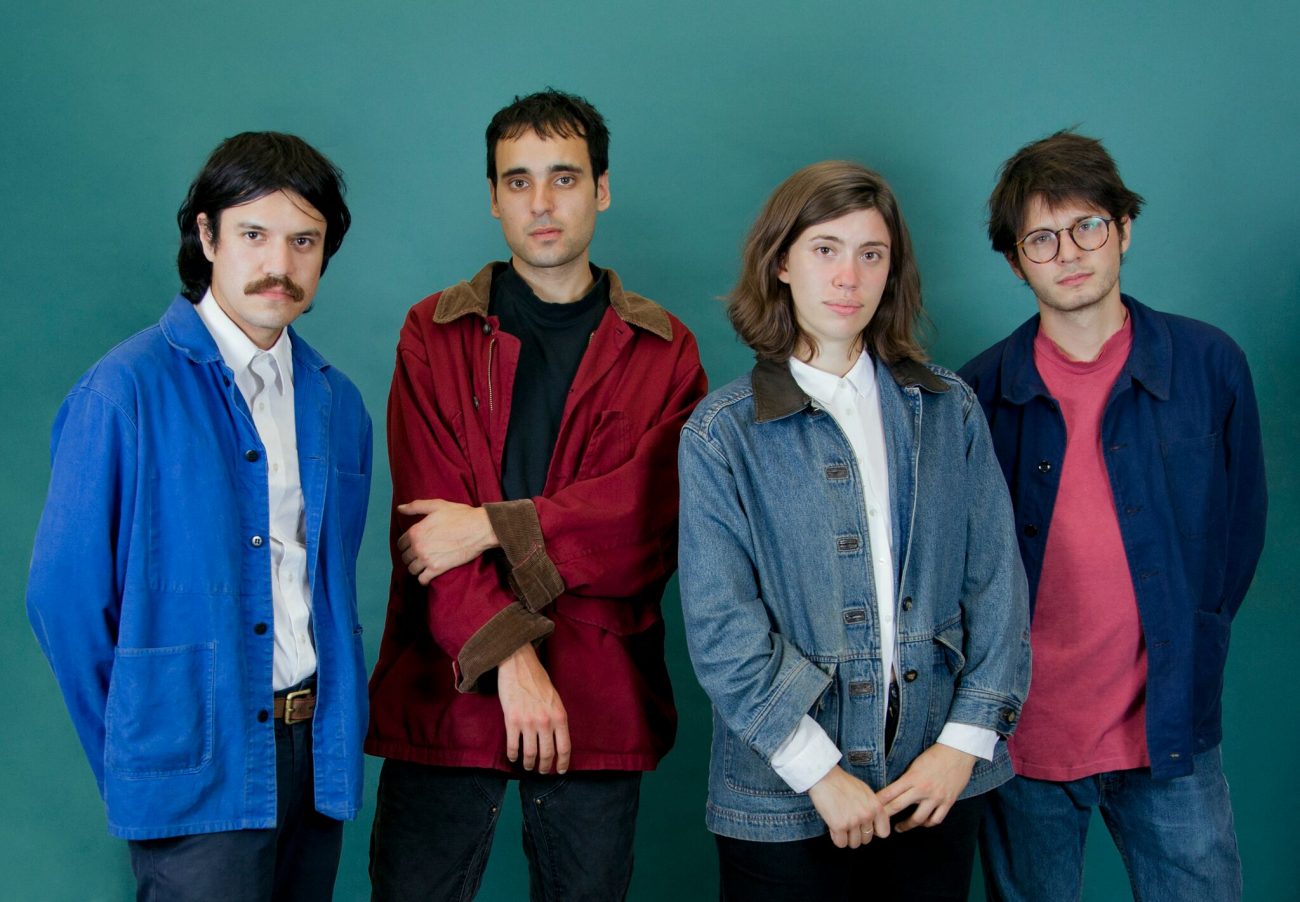 Palm are a Philadelphia-based art rock band who earlier this year released their second album Rock Island on Carpark Records.

“A breakthrough for Palm, an original expression of their ferocious energy” PITCHFORK

“Melodically complex art-rock with an abundance of digital and organic textures.” THE FADER

Palm plays rock music backwards. Eve Alpert and Kasra Kurt’s guitars occupy themselves most often with the pace-keeping work typical of a rhythm section. Meanwhile, Gerasimos Livitsanos’ bass and Hugo Stanley’s drums perform commentary and reportage from their deeply embedded positions at the front.
The band is firmly attached to the physicality of rock, but not as much its tone; their instruments tend to sound like any number of things at any given time. None of the members of Palm are formally trained on their instruments.
The band formed in 2011 at college in Upstate New York, when high school friends Eve and Kasra met Gerasimos and Hugo. In those early days, the band was just beginning to forge its collective musical identity through experiments in recording and performing live.