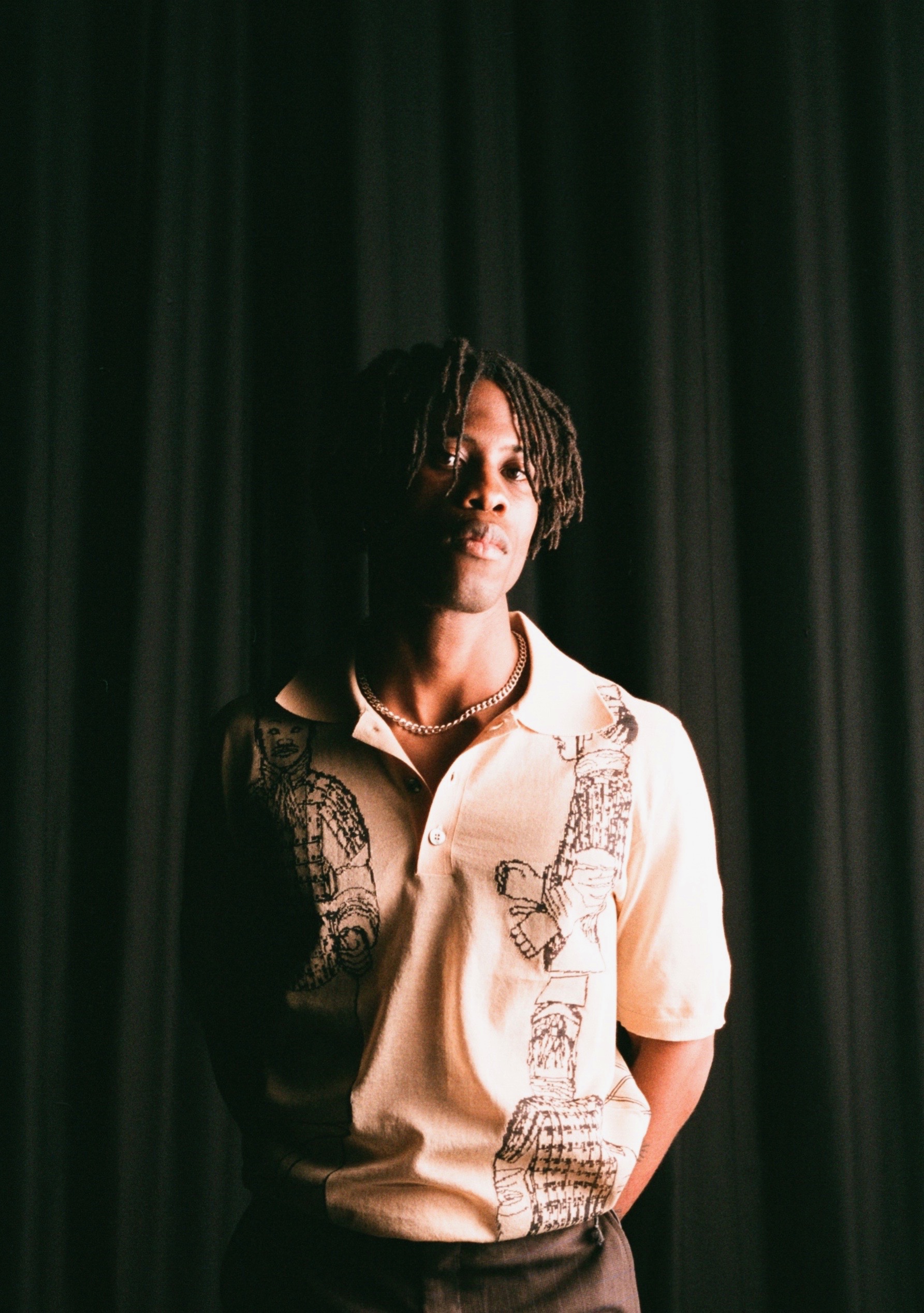 Obongjayar is a Nigerian-born, London-based artist.

Having closed 2017 with the release of his acclaimed second EP ‘Bassey’, 2018 sees him release a heartfelt, deeply personal ballad, Adjacent Heart. The Paul White-produced track puts Obonjayar’s transportive vocals at centre stage and further cements his position as one of the UK’s most unique, emotive new talents.

“Adjacent Heart is all about taking time, being attentive to love and being loved – whatever that means to you. It’s about recognising and appreciating the tiniest things that can make all the difference” – Obongjayar

In addition to his own solo releases, Obongjayar has spent much of the last year exploring collaborative work. He has been an integral part of Richard Russell’s collaborative artist project Everything Is Recorded, appearing alongside artists such as Kamasi Washington, Giggs, Sampha, Warren Ellis and Ibeyi on an album which is set to be one of the year’s most acclaimed debut records. It has been nominated for The 2018 Mercury Music Prize.
Check out Everything Is Recorded’s recent ‘She Said (feat Obongjayar and Kamasi Washington)’ video below.

Meanwhile, Obongjayar has also been making monthly live appearances at his own regular club night ‘Sugarcane’ – hosted at Peckham’s Rising Sun venue and in collaboration with one of the UK’s most acclaimed jazz drummer Yussef Dayes.

He ended 2018 with the release of track ‘Never Change’.
This one, he says, is “a reflection on growing older and seeing the world through a different lens, witnessing the corruptions and negativity that often surrounds us – and an attempt to maintain the innocence of childhood.” So it’s about keeping hold of yourself and what you know to be true, even as life around you is constantly changing.

He released latest track Frens in March 2019. It’s all about the people that help us know ourselves—who we are, where we come from, and where we’re going—and how, naturally, we return those insights in kind. It’s a covenant of mutual consideration, the reciprocity of showing love. Produced by Obongjayar alongside Barney Lister, the song shuffles along, its polyrhythmic drums slapping into muted xylophonic plinks.

His new EP ‘Which Way Is Forward’ came out in February 2020. The first single ‘Still Sun’ radiates warmth, with vocals that bend, twist and snap amid a momentous melody and continues Obongjayar’s expressive style, – a finely balanced mix of spirituality and identity.