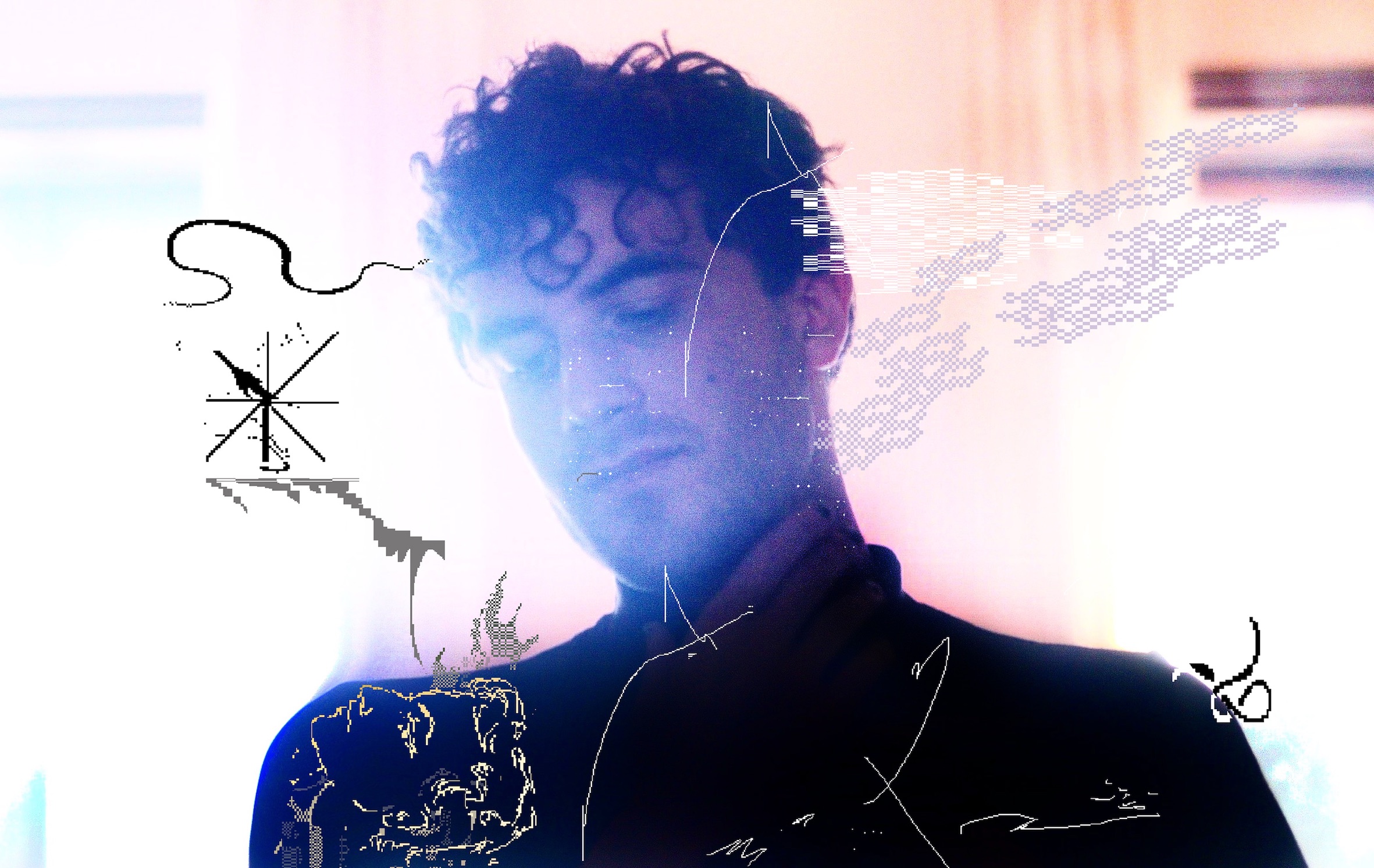 Nicolas Jaar is a Chilean composer and recording artist based in New York. He’s released critically acclaimed works such as Space is Only Noise (2011) and Pomegranates (2015).
Jaar was widely known in the club world for his various dance 12″ EPs he put out from 2008 to 2011 that gained cult-like followings.

Since his first album, he has embarked on more explorative directions, performing a 5 hour improvisational concert at PS1 and releasing a large volume of experimental recordings through his label ‘Other People’ (Including works by like minded artists Lydia Lunch, William Basinski, and Lucretia Dalt). He published a book in February 2017, entitled Network, inspired by the sounds of radio, featuring essays from him, Lydia Lunch and Linda van Deursen.

He released his debut album, Space Is Only Noise, in January 2011 to critical acclaim, receiving a score of 8.4 and the title of Best New Music from Pitchfork and four stars from the Guardian. It was ranked #1 album of the year by Resident Advisor, Mixmag, and Crack Magazine.

On October 4th, 2013, the debut album from Darkside, Jaar’s project with longtime collaborator Dave Harrington, was released to critical acclaim and a 9.0 score on Pitchfork. The band toured the record for the entirety of 2014.

In February 2015, Jaar released a largely ambient record entitled Pomegranates for free. It is loosely based around the 1969 Soviet film The Color of Pomegranates by an Armenian filmmaker Parajanov. It should be noted that 2015 marked the 100th anniversary of the Armenian Genocide.

Later that year, Jaar scored the soundtrack to Dheepan, a thriller by French filmmaker Jacques Audiard about a family of Sri Lankan refugees living in the suburbs of Paris. The film won the Palme d’Or at Cannes 2015.

Jaar’s second studio album, Sirens, was released in 2016 via Other People.

In December 2017, he released a deluxe version of Sirens which includes three brand new tracks.

He released the follow-up to 2016’s Sirens on March 27th 2020. Entitled Cenizas, the LP arrives via his label Other People. In July 2020, he released a new album Telas.

Praise for Cenizas:
‘Lead single ‘Sunder’ evokes religious imagery amidst a background of tentatively sinister, but seductive, instrumentals.’ – The List

‘On ‘Cenizas’, the producer pulls from all sides of his portfolio to present an album that moves from near-ambient musings to free jazz experiments to drum-heavy pop compositions.’ – Billboard

Praise for Sirens:
“Sirens is a thoughtful study in contrasts, both musical and political.” – Pitchfork
“Down to its core, Sirens is a stark record with all the verve of a sweeping opus. It’s powerful but ambiguous—neither here nor there, which is where Jaar has been all along.” – Resident Advisor