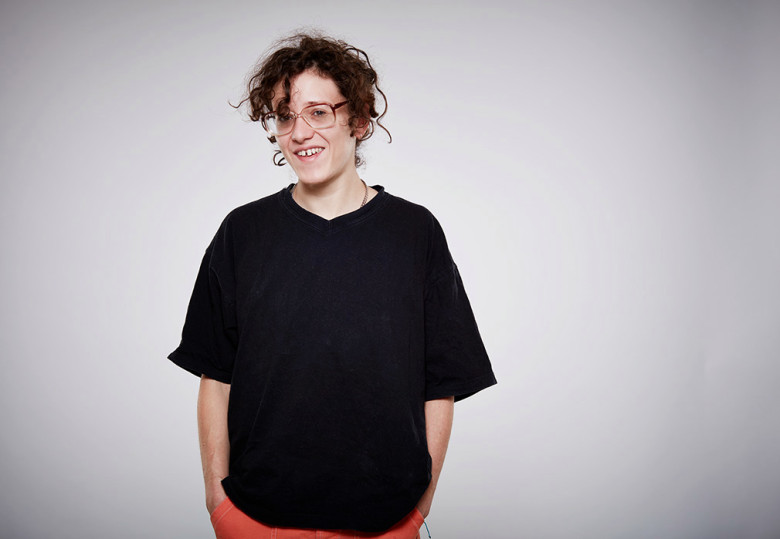 Mica Levi (aka Micachu) is a London based artist, music producer and composer. She won the Ivor Novello Award for Best Original Film Score for ‘Jackie’, directed by Pablo Larraín, starring Natalie Portman in 2018. In 2017, she was nominated for an Oscar and a BAFTA in the ‘Best Original Music’ category for the score for ‘Jackie’.

Mica studied composition at the Guildhall School of Music, garnering her first classical commission from the London Philharmonic at age 20. She has since written and recorded numerous albums and mix tapes, most recently ‘Good Sad Happy Bad’ in 2015 on Rough Trade, with her band, The Shapes. In 2016 she collaborated with Oliver Coates (a contributor to Radiohead’s A Moon Shaped Pool) on an experimental album, entitled ‘Remain Calm’.

Her iconic score for Jonathan Glazer’s Under the Skin won the European Film Award, the Los Angeles Film Critcs Award and was nominated for a BAFTA for Best Music. Mica was also the youngest artist in residence at London’s Southbank Centre and has performed at major art institutions worldwide including the Getty, MoMA PS1 and the Barbican.
She’s recently provided an original soundtrack to an anime ‘Delete Beach’ by acclaimed artist and Turner prize nominee Phil Collins.
Current projects include Tirzah’s debut album Devotion on which she co-wrote and produced.
She has composed the score for Alejandro Landes new film Monos, which “revolves around a group of eight kids with guns who watch over a hostage and a conscripted milk cow at a faraway mountaintop in Columbia.”

She composed the score for Jonathan Glazer’s latest short film The Fall.

Praise for Mica Levi:
“Now, three Micachu albums and two film scores later, Mica Levi — one of the most promising indie auteurs of the last 10 years — is an Oscar-nominated composer. Whether she ends up focusing on one career over the other or effectively balances both remains to be seen. But undoubtedly, the world is a more interesting place for having someone whose musical talents are as suited to prestige biopics as DIY rock venues. “- Billboard