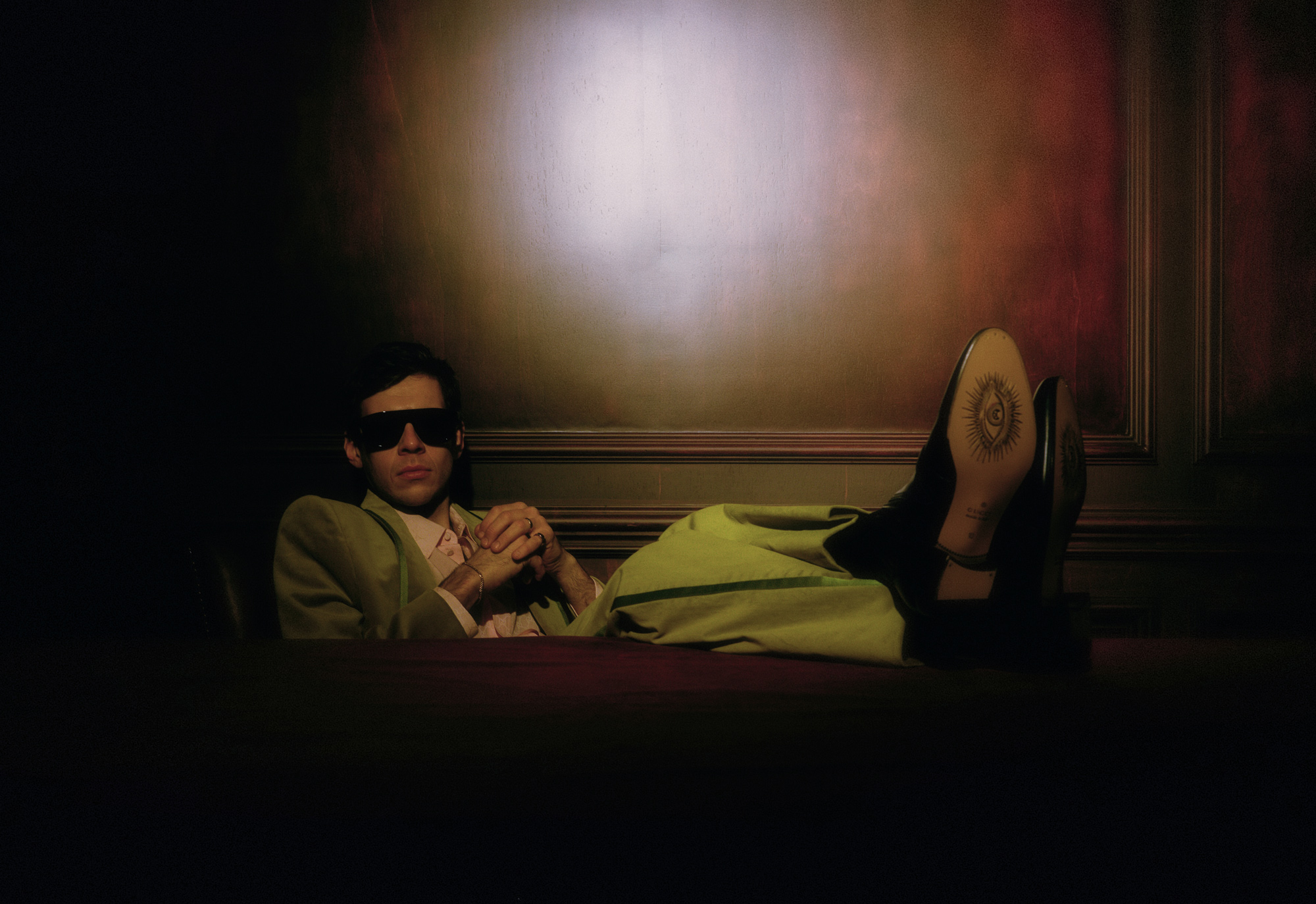 James Righton is a London based artist, composer and producer. After reaching unfathomable levels of success with nu-rave originators Klaxons, winning the 2007 Mercury Prize for their debut album Myths of The Near Future,  James morphed into one man pop sensation Shock Machine, releasing an acclaimed 2017 album before his first solo adventure under his own name, 2020’s The Performer. In 2022 Righton is reinventing himself yet again, via the stunning synth sounds of Jim, I’m Still Here, a new album made in collaboration with David & Stephen Dewaele (Soulwax), and featuring a guest vocal appearance from ABBA’s Benny Andersson. On this third solo outing, James downs his family man tools to embody a lavish, rockstar alter ego; Jim…..

“The alter ego of Jim came to me whilst promoting my previous album ‘The Performer’ during the first week of lockdown. Life shut down and became centered around family and domestic life. At the same time (and this did feel rather strange) I had to promote The Performer. I was asked more and more to live stream concerts through various social media platforms. So. I’d put the kids to sleep, head downstairs to my garage studio, put on my Gucci suit and became someone else. The juxtaposition of these 2 lives felt extreme but also interesting to me. I created Jim. Jim would be the deluded rockstar, living out his fantasies from the confines of his garage. James was Dad.

At the same time as creating Jim I also spent more time than ever thinking. Just thinking. I thought about the people I love, the people I miss, the places I wanted to go to, the things I wanted to do. I was looking forward and back. Time allowed thoughts in. Thoughts became words and the words became songs. I wrote about my wife, my children, friends who I miss and a friend who sadly passed away from Covid during the first month of the pandemic. As a result this album is more personal, raw and unlike any other I’ve made. I let the words dictate.

To be clear Jim and James are both me. Jim is an exaggerated semi fictional version of me. James changes nappies, makes dinner and reads bedtime stories to his kids. Jim craves external validation, likes, followers and adds to playlists. But in truth you can never fully detach Jim from James. The balance and constantly shifting nature of this duality I find endlessly fascinating.

As well as his solo work, Righton has scored Simon Amstell’s feature film Benjamin, as well as the prior short film William. He also worked alongside Tom Rowlands for The Life of Galileo directed by Joe Wright at the Young Vic in 2017.