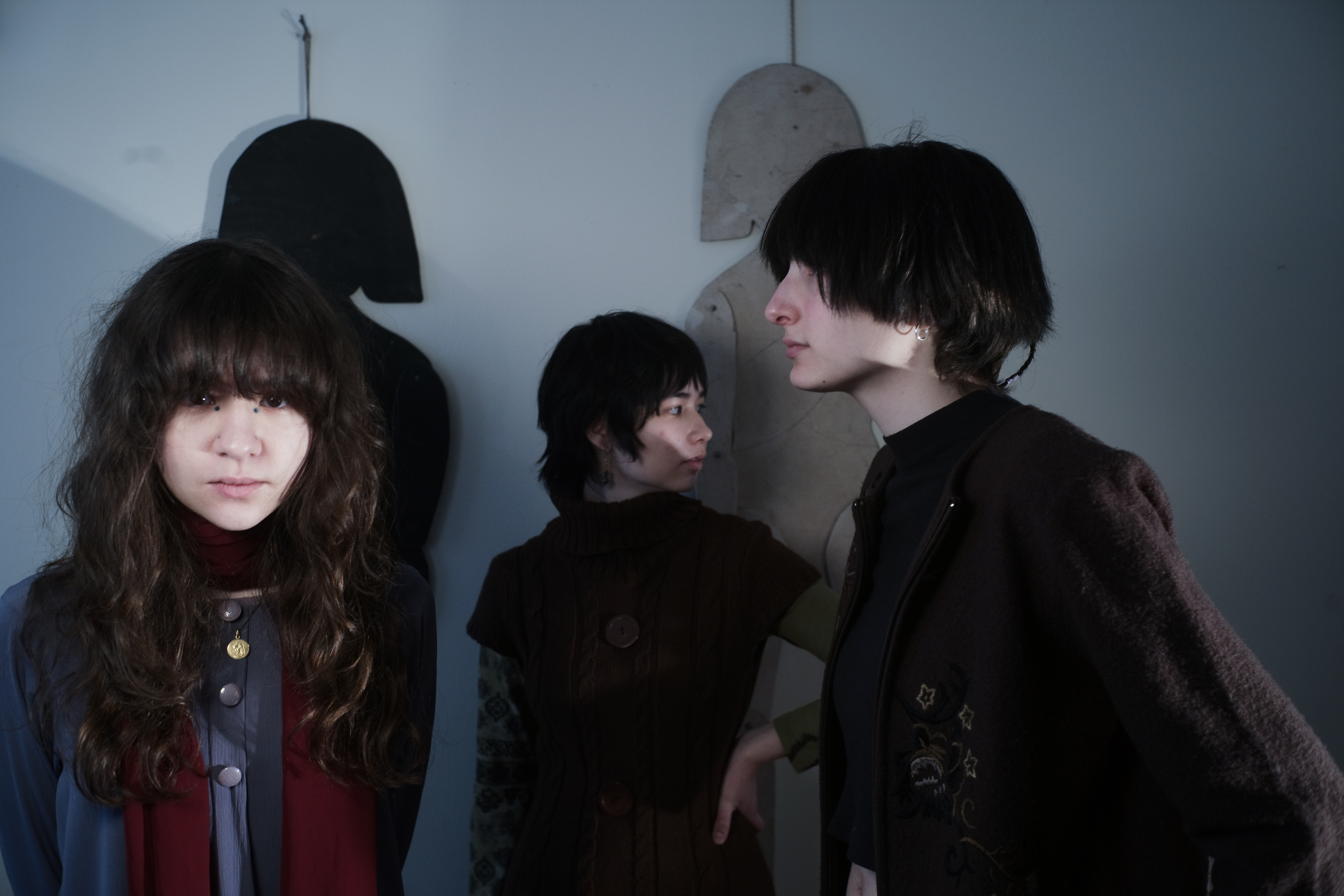 The group’s rise has been meteoric since its formation in 2019. Their 2020 EP Ballroom Dance Scene was named one of Paste Magazine’s 25 best EP’s of the year. The follow up November 2021 single ‘Billy’, their debut on Matador, captured the ears and attention of fans and critics worldwide, garnering early acclaim from the likes of Pitchfork, NPR, Stereogum, Sirius XMU, NME, BBC Music, and more.

At Pitchfork Music Festival 2021 where the trio performed for their biggest crowd yet, NYLON remarked “Horsegirl were welcome reminders of how rock music is better and more fun than its been in years.” The buzz around their live show was cemented further when the band took home the Grulke prize for Developing Act at SXSW 2022.

On their debut full-length, Versions of Modern Performance, Horsegirl do everything collectively, from songwriting to trading vocal duties and swapping instruments to sound and visual art design. “We made [this album] knowing so fully what we were trying to do,” the band says. “We would never pursue something if one person wasn’t feeling good about it. But also, if someone thought something was good, chances are we all thought it was good.”  The album was recorded with John Agnello (Kurt Vile, The Breeders, Dinosaur Jr.) at Electrical Audio. “It’s our debut bare-bones album in a Chicago institution with a producer who we feel like really respected what we were trying to do,” the band says. Horsegirl expertly play with texture, shape, and shade across the record, showcasing their fondness for improvisation and experimentation. Opener “Anti-glory” is elastic and bright post-punk, while the guitars in instrumental interlude “Bog Bog 1” smear across the song’s canvas like watercolors. “Dirtbag Transformation (Still Dirty)” and “World of Pots and Pans” have rough, blown-out pop charm. “The Fall of Horsegirl” is all sharp edges and dark corners.One can certainly hear elements of the ‘80s and ‘90s independent music the group loves so deeply and sincerely in their music—the scuzzy melodicism of what used to be called “college rock,” the cool, bubbly space-age sheen of the ‘90s vamps on lounge and noir; the warm, noisy roar of shoegaze; the economical hooks and rhythms of post-punk. There’s even a bit of no wave mixed in for good measure.
But as Horsegirl fuses all of this together, it feels not like a pastiche or a hacky retread but something as playful and unique as its predecessors. They’re best understood as part of a continuum, but they’re building something for themselves.“I think we had conceived of the album as a DIY thing, thinking about playing it live to other kids,” the band says. “In David Byrne’s book, he talks about [how] people write for the space that they think they’re going to—you write it to be played somewhere specific. I think we were thinking of our trio arrangement and being in a lot of basements, not knowing we would have all of these resources to record at Electrical Audio. And so when we went to make the record, it was very important to us to not be too polished.”With lyrics intentionally impressionistic and open-ended, and a sound that ranges with joy and enthusiasm across a range of styles, knitting them together in fascinating ways, Versions of Modern Performance offers many pathways. It’s a record to get lost in, a record to soundtrack reflective time alone, and a record to put on if you just feel like dancing with your friends around the kitchen.