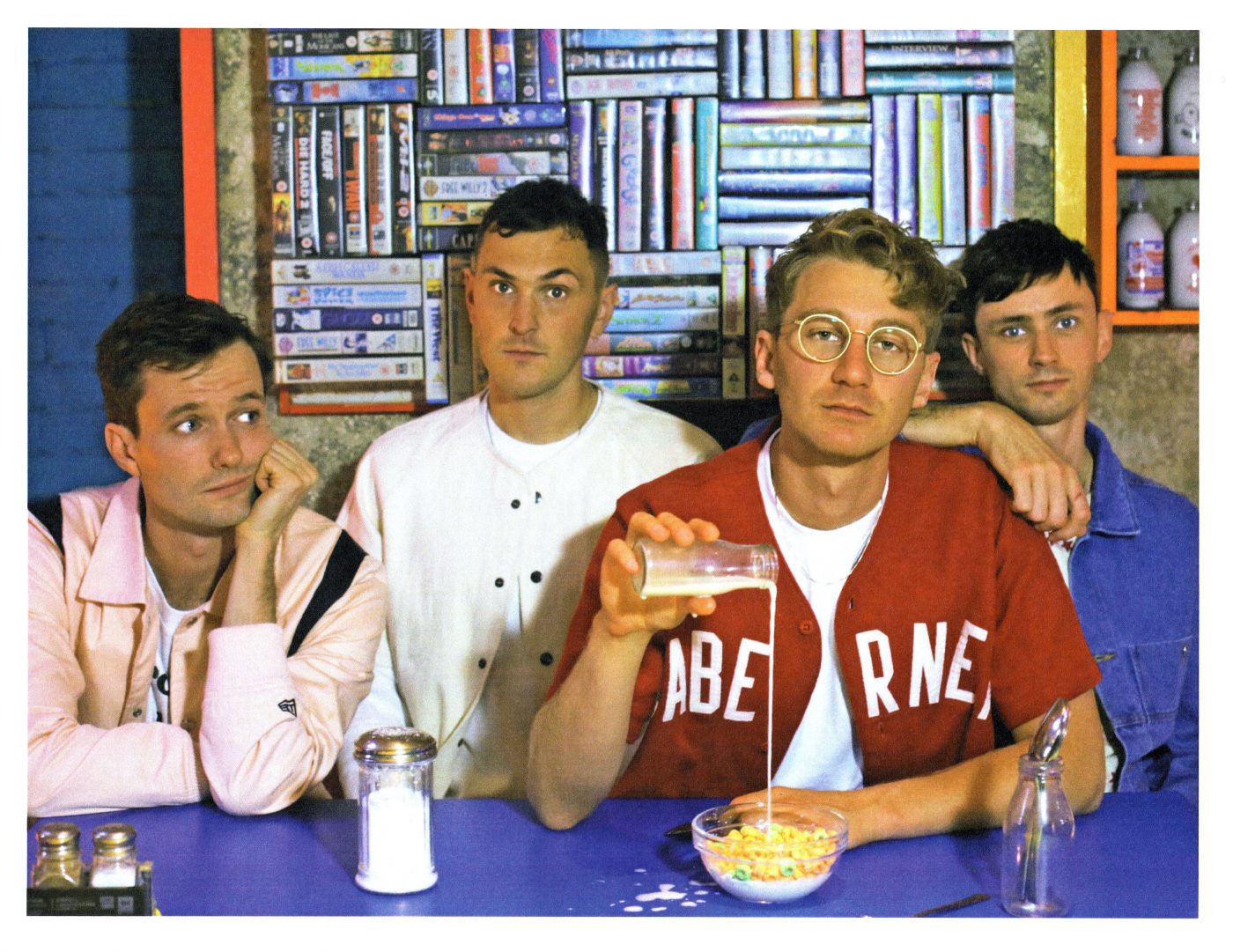 Known currently for their atmospheric otherworldliness, Glass Animals’ tracks have always been the ultimate in colourful escapism. Spinning poetic tales with cryptic lyrics, lead singer Dave’s falsetto dances atop layers of sound with an underlying hip‐hop influence that came into the foreground on a recent collaboration with mutual fan Denzel Curry on ‘Tokyo Drifting’.

Glass Animals’ debut ‘Zaba,’ released on Paul Epworth’s label Wolf Tone, has so far sold nearly half a million copies worldwide and amassed a staggering 200 million Spotify streams, obliterating all expectations simply by word of mouth. Their anomalous rise has gained the Oxford four‐piece a legion of fans all over the world, including festival appearances at the likes of ​Falls in Australia, Coachella, Bonnaroo, Lollapalooza, Glastonbury ​and has resulted in the band playing 2 sold out headline shows at Colorado’s 9500‐capacity Red Rocks and London’s 4900‐capacity Brixton Academy.

Their second album, ‘How To Be A Human Being,’ is a scrapbook of their time spent on the road, gathering memories and perceptions of different types of people from all around the world. Many of Dave’s lyrical ideas came from live recordings of people saved on his phone, as though he’d been operating as some sort of roaming journalist all this time. “I try to sneakily record people, and I have hours and hours of these amazing rants from taxi drivers, strange people we met outside of shows, people at parties. People say the strangest shit when they don’t think they’re ever gonna see you again.” The voice notes sparked ideas for characters that Dave developed, writing an album like a TV screenwriter might approach a script. “I’d obsess over what they ate, where they lived, what their furniture looked like, what they wore,” he laughs.

Tokyo Drifting’ is part of the band’s Fresh Fruit series of collaborations.

On making ‘Toyko Drifting’, Dave Bayley says – “The first thing Denzel said to me about the track was “this is fire.” Then he said, “Is this you flexin’?” and I said – “Yeh…it is…sort of. It’s an ironic internal flex – me as a narrator describing/taking the piss out of an extreme alter ego version of myself; a version of me that can do things that I’m uncomfortable doing. Wavey Davey is my fucked-up Sasha Fierce; he’s a geezer, a street fighter, he can dance, he parties hard, he’s spontaneous. He can take hits and be told he is shit and not care because he’s confident. He can fight everything the world throws at him.”

“I think this kind of character is someone we all create for ourselves now to some extent. We have these curated versions of ourselves on the internet – beautiful, edited, cool, distilled versions of us, all slightly super human. You can push and push and push yourself to hide and ignore your vulnerabilities like that…but it comes at a cost. It’s not real and it isn’t sustainable.”

They are touring in Australia and Asia at the end of 2019.

2020 already promises to be a momentous year for Glass Animals. In February, they shared their brand new single ‘Your Love (Déjà vu)’.

The track is a tantalising first hint of what is to come from Glass Animals third studio album, the follow up to Mercury Prize nominated ‘How To Be A Human Being’, and its predecessor and the band’s debut ‘ZABA’.  Paying tribute to the formative influence of both Timbaland and The Neptunes, ‘Your Love (Déjà vu)’ is a conflicted booty-call anthem, best explained in Dave’s own words –

“I think we’ve all found ourselves in fucked up relationships that make us feel sad and helpless. Not necessarily something romantic – maybe it’s with a family member or a friend. A relationship that we know on some level is going to keep breaking our hearts. We let that person back into their lives over and over again, even though it always ends the same. “