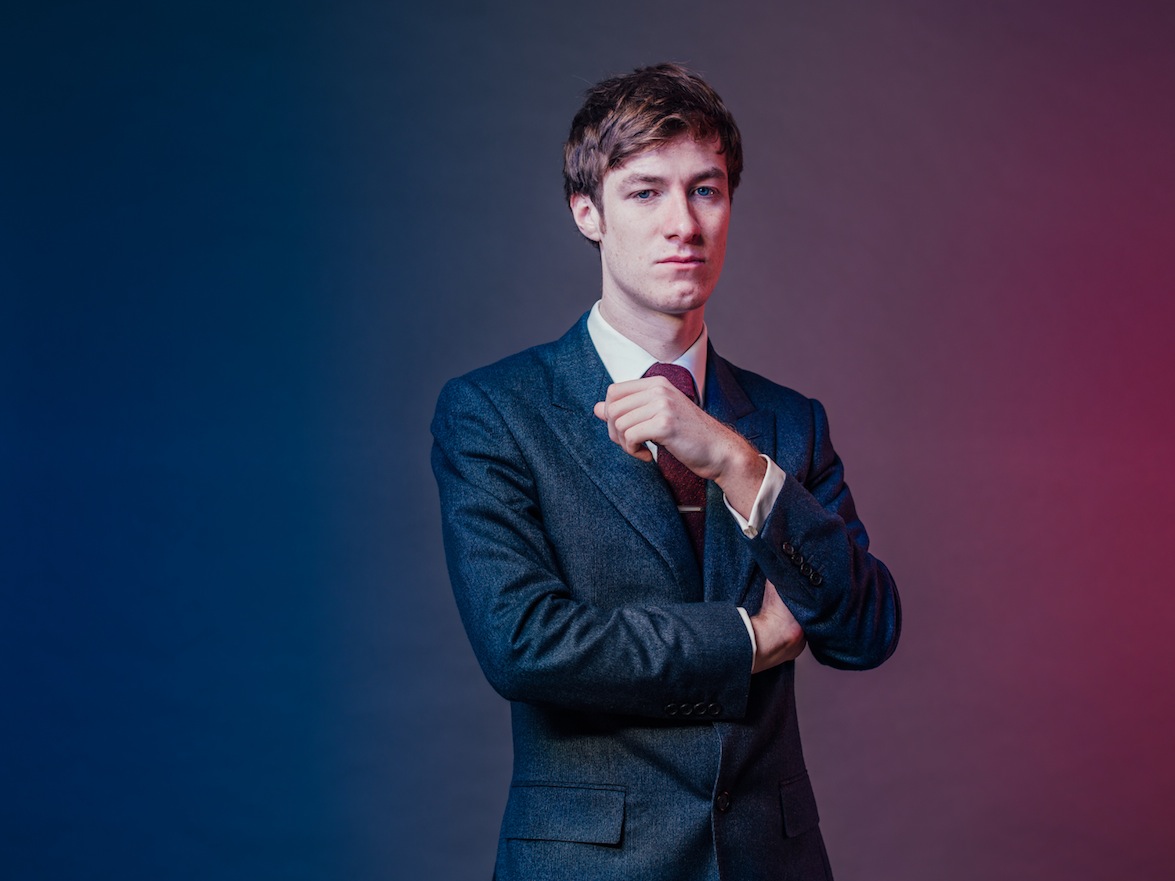 When William Doyle first performed live as East India Youth in November 2012 to a dozen people in a tiny Dalston basement venue, it was remarkable that he made it through the entire 25 minute gig without incident. He was using a knackered Macbook with a malfunctioning USB port, an antiquated mixer and a Casio MT45 keyboard bought off eBay for £15; and all of it was skidding around a plastic trestle table which constantly threatened to collapse, as it was buckling at the knees like Bambi on ice. During his second gig (in another basement in Hackney but this time to 40 people) he came up with a smart way of keeping everything exactly where he wanted it: by securing it all with cartons of apple juice borrowed from the bar and gaffa taped in place.

Over the next two years his achievements seemed as effortlessly gained as they were well-deserved. He released the Hostel EP via the Quietus Phonographic Corporation in March 2013 and then his critically acclaimed debut album TOTAL STRIFE FOREVER on Stolen Recordings in January 2014, which would go on to be nominated for the Mercury Prize. He went on tour with Factory Floor, supported These New Puritans and by the Summer of 2014 became a big festival draw in his own right. And while he might have upgraded his equipment and invested in a sturdy new table that allowed him to leave six cartons of apple juice and a roll of gaffa tape off his rider, essentially his live set-up was still the same – one electronic musician behind a table full of gadgets, occasionally clutching a bass guitar.

But in November 2014, almost two years to the night after his first ever gig, he played his biggest headline show to date – a sold out night in Heaven, the legendary London nightclub. After playing all of TOTAL STRIFE FOREVER – it was time for an EIY first. He stepped out from behind his table into the spotlights and sang CAROUSEL – the heart-breaking new electronic ballad which forms the centrepiece of his astounding second album, CULTURE OF VOLUME released by XL. Essentially he walked on stage that night as an electronic musician and walked off it as a pop star. It was time for East India Youth as a project to step out of the shadows and into the light; it was time to leave the hinterland and claim the centre stage space as his own.

Culture of Volume was released April 6th, 2015 on XL Recordings and was received very positively:

A stunning, transformative electronic record. ~ The 405 9/10

Culture of Volume is a masterful return from the East India Youth man, one that manages to provoke a rollercoaster of emotions over its run time. ~ Music OMH 4.5/ 5

Self-aware, ambitious and hugely broad in reach. ~ The Skinny 4/5