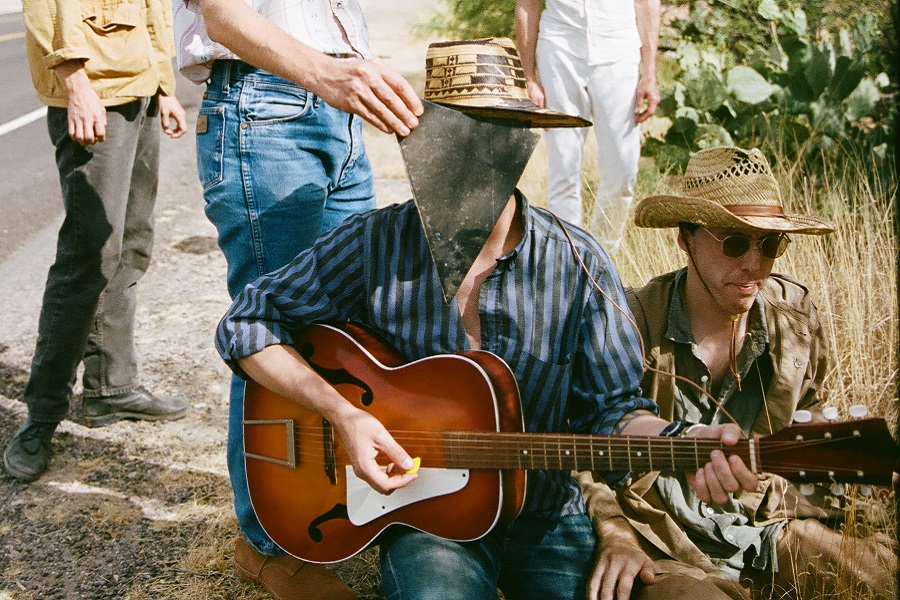 From Atlanta, Georgia, the origins of Deerhunter can be traced back to when frontman Bradford Cox first met guitarist Lockett Pundt at high school. Years later Bradford and Moses Archuleta began making music together, and the seeds of what would become Deerhunter were sown. In mid-2008, Deerhunter and Kranky signed with 4AD, allowing them to finally release music outside the US. The Can and Wire-inspired ‘Microcastle’ (2008) was to propel them to further heights. Displaying few signs of slowing down, ‘Halcyon Digest’, the band’s fourth studio album was released in September 2010. Remaining in their native Georgia to piece together the album, ‘Halcyon Digest’ took just a few weeks to complete.

After a brief hiatus, during which time Bradford Cox and Lockett Pundt released their own albums as Atlas Sound and Lotus Plaza respectively, a new Deerhunter line-up (with additions of bassist Josh Mckay and guitarist Frankie Broyles) reconvened in January 2013 at Rare Book Studio in Brooklyn, New York. ‘Monomania’ found the group recalling its scrappy punk aesthetic; a perfect nocturnal garage rock album full of the layered and hazy vintage guitar sounds that define them.

Their latest album Why Hasn’t Everything Already Disappeared? came out on 4AD in January 2019 and is produced by Cate Le Bon.

Deerhunter’s eighth LP forgets the questions and makes up unrelated answers. It gets up, walks around, it records itself in several strategic geographic points across North America. It comes home, restructures itself and goes back to bed to avoid the bad news.

The result is as thrilling, haunting, and unpredictable as anything in their roughly 15-year career.

Press for new album:
“Unexpected, strange and beautifully done.” – The Guardian – Album of the Week ****
“In thirty-seven minutes, it offers up a plethora of intelligently crafted societal takes, and yet presents them invitingly enough that you can just let the music wash over you.” – Loud And Quiet – Album of the Month
“Some of Deerhunter’s prettiest songs to date… one of today’s great American bands.” – Uncut 8/10