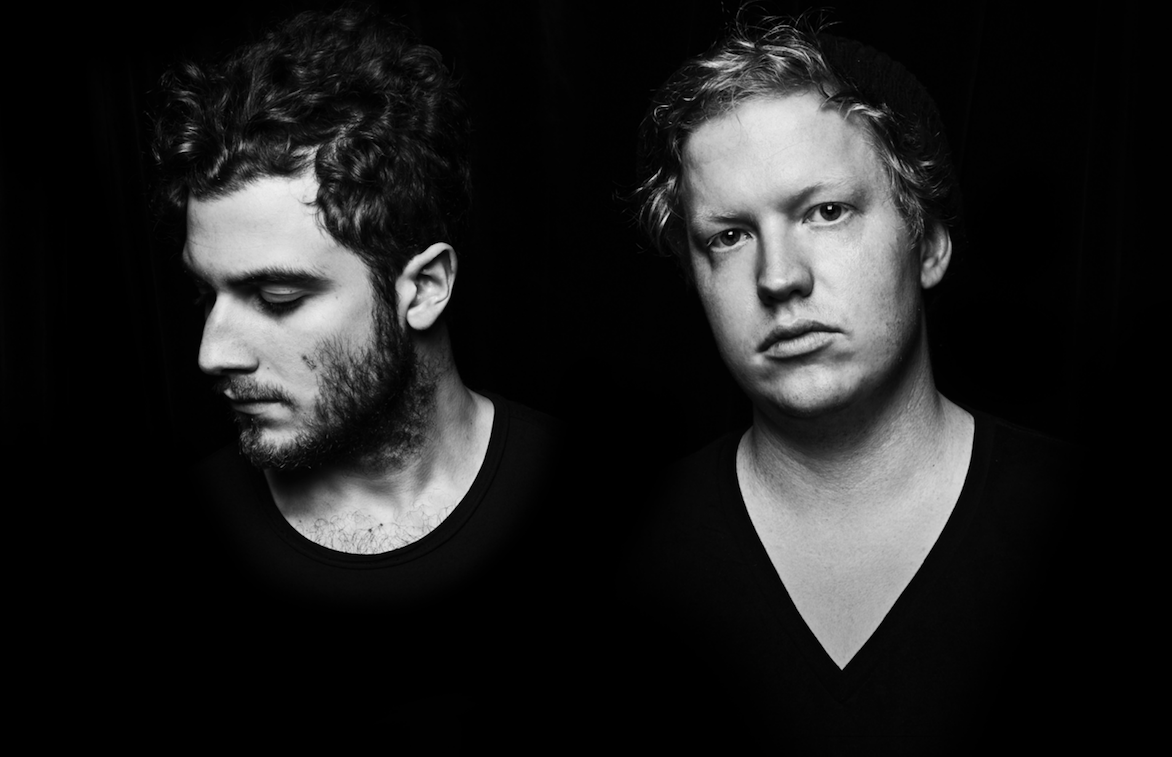 DARKSIDE is the collaborative duo of guitarist Dave Harrington and electronic producer Nicolas Jaar. The two musicians have vastly different backgrounds, but over the course of several years of touring together they found common ground: DARKSIDE. Dave and Nico use each other as mediums, working on primal instinct and summoning a hybrid of electronic music and psychedelic rock with the kind of artistic depth and breadth for which the term “progressive” was coined.

Dave Harrington started out in New York City as a young bass player studying experimental jazz and sneaking into late-night jam sessions as a teenager. He eventually moved into composition and performance art, creating commissioned works for theatre and film, directing a rendition of John Zorn’s COBRA, and integrating lap steel, guitar, keyboard, and effects into his arsenal. After joining the Nicolas Jaar live band in 2011 on guitar and electronics, Harrington began experimenting with dance music, remixing and DJing. Eventually, Harrington and Jaar started experimenting in their studio, and DARKSIDE emerged.

2013 saw the release of full-length album Psychic on the Other People label in conjunction with Matador Records. The album moved the acts sound forward drastically from their earlier work into more compositional song structures.

On 17th August 2014, the group announced they were “coming to an end, for now” before they were to play their last show on September 12th at the Brooklyn Masonic Temple.