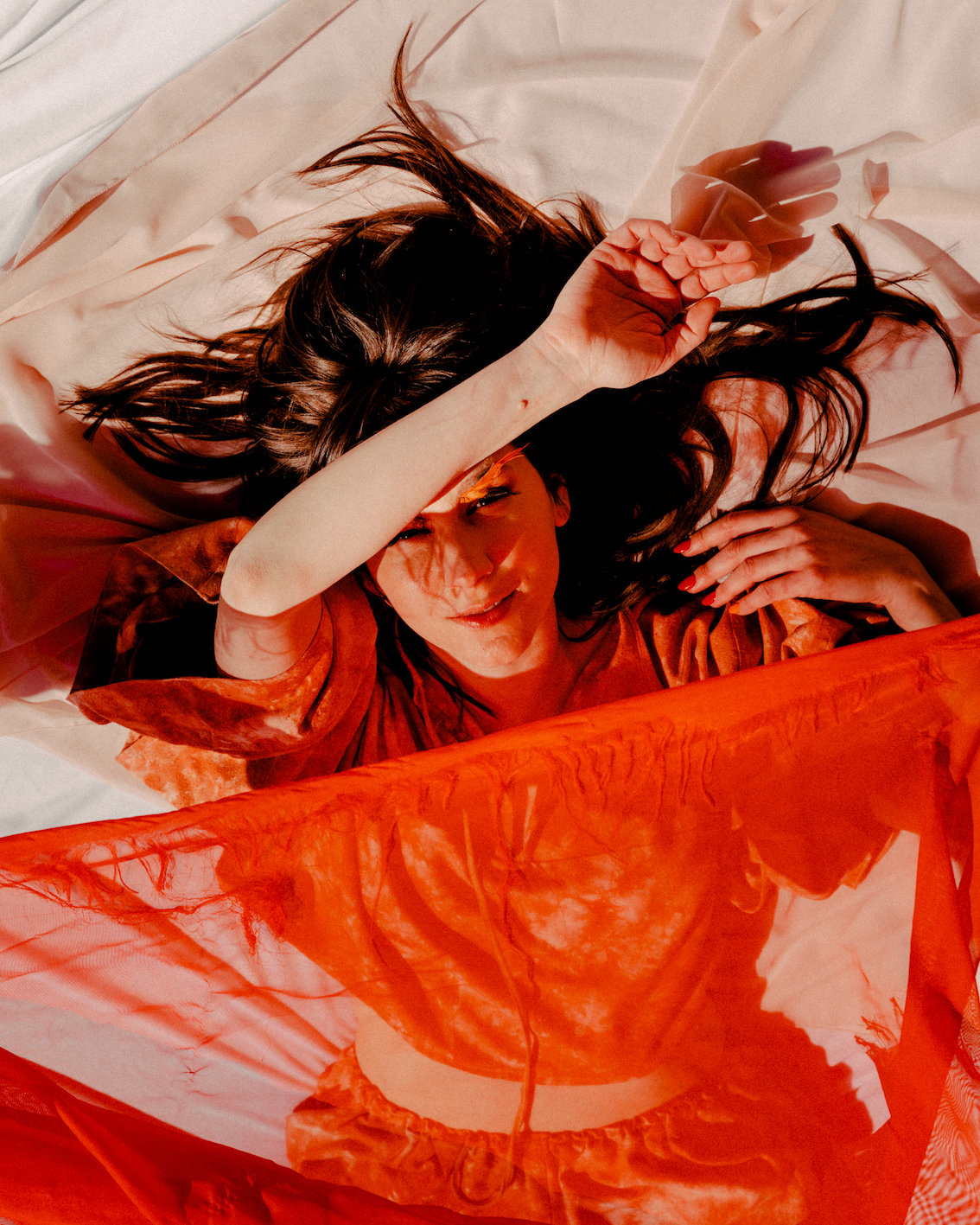 Circuit Des Yeux is vocalist and composer Hayley Fohr. A celebrated figure in Chicago’s music community, Fohr has released acclaimed albums via De Stijl, Thrill Jockey, and Drag City and toured throughout the world. She has recently signed to Matador Records, who released her sixth album, -io in October.

Her most ornate and elaborate work to date, -io is a set of compositions that nest Fohr’s otherworldly four-octave voice amid a 24-piece string, brass, and wind ensemble. The album was put to tape last fall by Cooper Crain at Chicago’s Electrical Audio studio and mixed by Marta Salogni (Bjork, Holly Herndon) with Fohr acting as arranger and producer. Written in the wake of personal loss and recorded in the midst of the pandemic, -io maps a geography of grief – a place where “everything is ending all the time.” While Fohr’s music has never been short on ambition, these songs are striking in their brilliance and strangeness. On -io, Circuit des Yeux has delivered a work that is vivid, immense, and fully illuminated. In the lead up to the release of -io, Circuit des Yeux has shared two singles – “Dogma” and “Sculpting the Exodus.” “Sculpting the Exodus” was released earlier this week and brings the scale of the album’s ambition into sharp focus. The accompanying video was filmed in Chicago during the same session that yielded -io’s cover image, which captures vocalist/composer Haley Fohr suspended in void. Watch it here.

“Haley Fohr’s voice has an entrancing power. As Circuit des Yeux, she composes haunting atmospheres that augment its force. ‘Dogma,’ the first offering from her sixth album ‘-io’ pulls the listener along with a steady, hypnotic beat, overtop of which her shape-shifting vocals move from a low drone to a keening croon with remarkable ease. ‘Tell me how to see the light,’ she sings, as if yearning for salvation, but at other moments in the song she sounds like an eerily commanding cult leader.” – New York Times