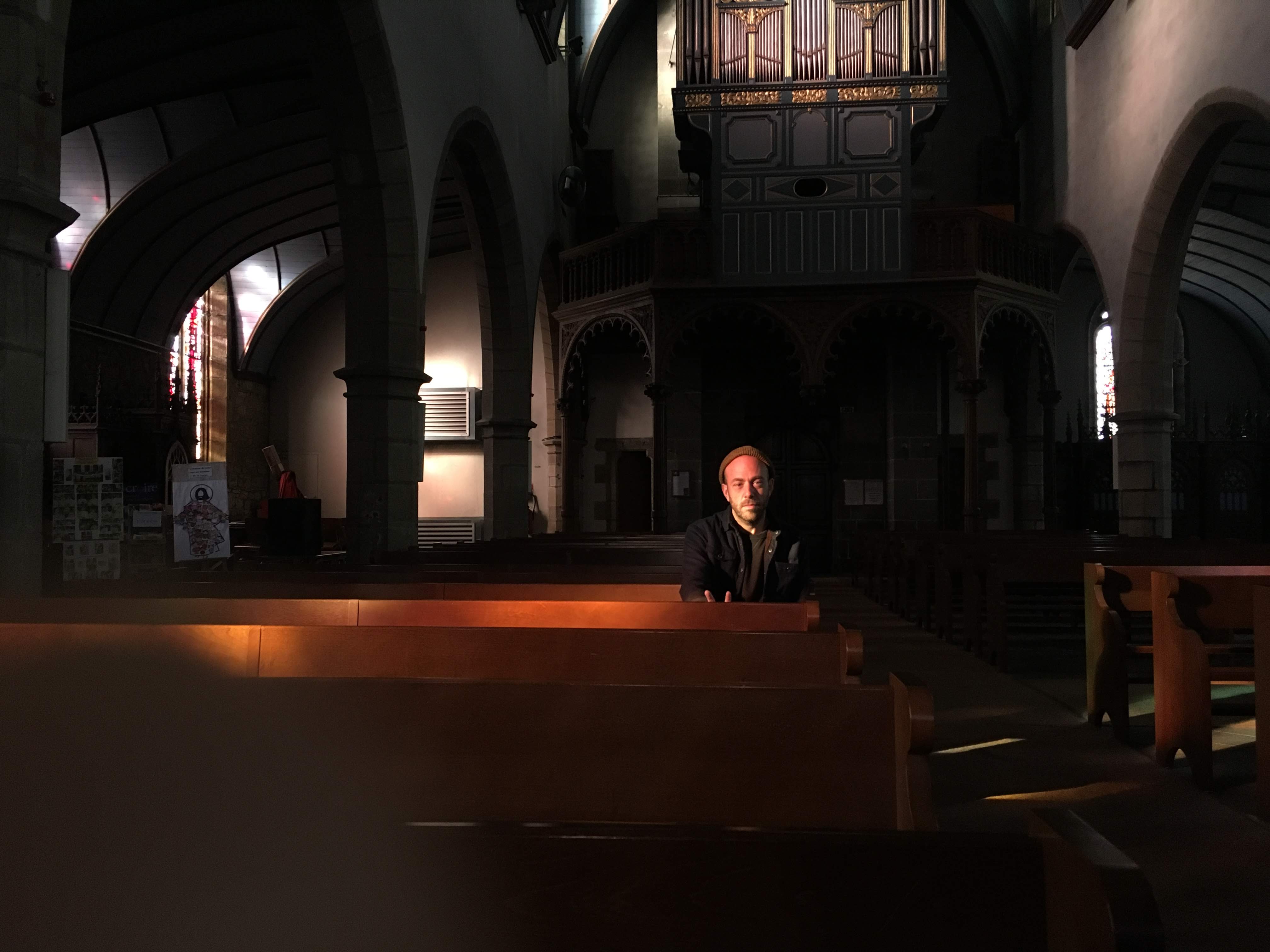 David Moore is a multi-faceted composer, pianist, and leader of the band Bing & Ruth.

Formed in the mid-aughts in New York City, and defined by Moore’s characteristic splendour of sound, Bing & Ruth’s original lineup of eleven players has contracted to seven since their debut album City Lake, even as their sound has funnelled into paradoxical expansion on their latest outing, Tomorrow Was the Golden Age.

There is an unexpected accessibility to the music of Bing & Ruth, a surprisingly habitable sonic allure that invites even those uninitiated to classical music, let alone its modern updates to wander in and stay awhile. On Tomorrow Was The Golden Age two clarinets, two basses, a cello, a tape-delay system and David on piano make music that’s—reductively but rightfully—pretty. What’s more, Moore’s intuitive sense of timing, where restraint and momentum revolve in a consummate orbit, spins a captivating piece of music that feels neither rushed nor torpid. A Bing & Ruth record exists like a natural state, a native sound environment that’s only been waiting to be heard.

Alongside Bing & Ruth, Moore writes under his own name and for various alter egos where he explores the outer limits of psychedelia, drone, folk, noise, and old-time fiddle music. He currently divides his time between New York City and Northern California.

Bing & Ruth’s latest album, No Home Of The Mind was released on 4AD in February 2017.

Pitchfork “One of the most impressive aspects of Bing & Ruth records, Species included, is Moore’s insistence on recording his ensemble live. In moments where this technique is especially apparent—like when Moor’s breathing is audible on “Live Forever”—we are reminded of the presence and complexity of the humans behind the music, which cultivates nuance and depth. These moments are a reminder that the most beautiful parts of life aren’t the most placid or consonant, but those in which the tangly mess of being a person becomes revelatory.”https://pitchfork.com/reviews/albums/bing-and-ruth-species/

Find all links to tour dates and to buy the record at the links to left.