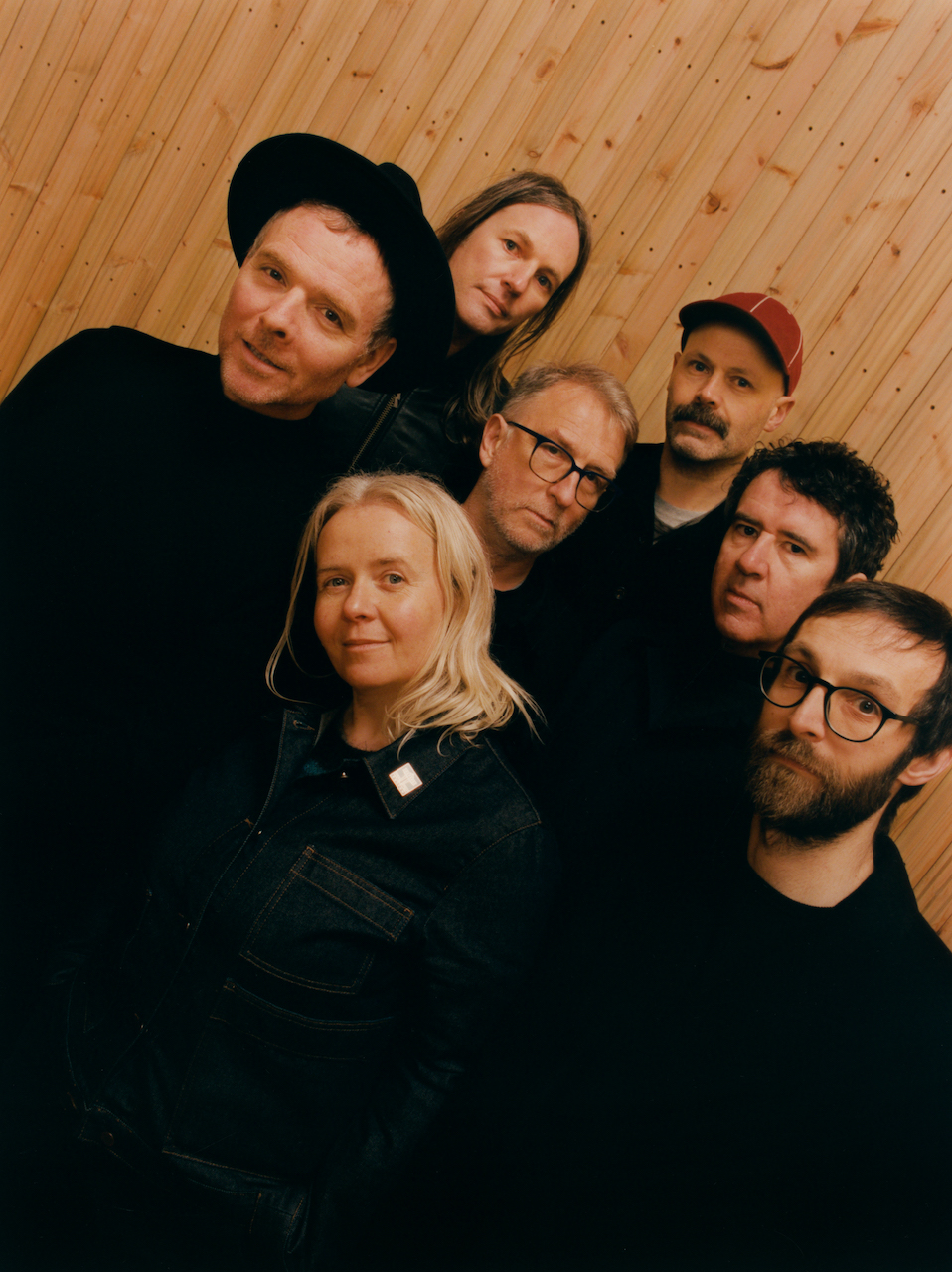 Belle & Sebastian are one of the most cherished and celebrated UK acts of recent decades. They have released 11 critically acclaimed albums including the epoch defining Tigermilk, If You’re Feeling Sinister and The Boy With The Arab Strap and many classic EPs and singles, including most recently the How To Solve Our Human Problems trilogy. Triumphing against the odds to win best newcomer at the 1999 BRIT awards, being one of the first bands to curate their own festival, having their songs strewn across the landscape of popular culture everywhere from High Fidelity to Gilmore Girls and The Devil Wears Prada, every show ending in a welcomed stage invasion and fans adorning many of the band’s iconic album covers  – Belle & Sebastian have defined the spirit of DIY in a career where the only constant has been innovation and individuality.

A Bit of Previous is the ninth studio album by Belle and Sebastian and their first full-length in seven years. This may be surprising to anyone following the recent life pursuits of the Glasgow 7-piece: The Boaty Weekender –a 3000 capacity star-studded four-day music festival on a cruise liner sailing the Mediterranean; a trilogy of EP’s; a soundtrack for the directorial debut of The Inbetweeners’ Simon Bird; a live album showcasing the band’s present-day iteration as savvy main stage entertainers; and in 2020 a collaborative project with fans called ‘Protecting The Hive’. But in all these idiosyncratic endeavours, as intrinsic to the band’s DNA as the stage invasion at the end of each of their shows, a full-length has eluded us.

A Bit Of Previous is a classic Belle and Sebastian album preoccupied with songs and melodies that won’t leave your head and lyrics that can make you smile and ponder and sometimes be melancholic. It’s an album self-produced and recorded by Belle and Sebastian (with contributions from Brian McNeill, Matt Wiggins, Kevin Burleigh and Shawn Everett) and their most hands-on since The Boy With The Arab Strap.

In some respects, A Bit Of Previous is also a first. It’s the first album the band recorded in their native Glasgow in 20 years (the last being 2000’s Fold Your Hands Child, You Walk Like a Peasant). What started off as a pandemic necessity –having to ditch plans to record in California in spring of 2020–became a refreshing change of pace. Unbeholden to restrictive and expensive studio schedules, it allowedfor long walks through the streets and parks of Glasgow and spontaneous train journeys to nearby towns which embedded proceedings with a peculiar sense of place.

So what is a A Bit of Previous? It’s a bit of everything, and a lot of what makes Belle and Sebastian so special and enduring. It’s a band tackling the insight, experience and responsibility that come with getting older with humour and irreverence and lyrical exactitude and musical bravado. It’s one of the UK’s most beloved pop portraitists asserting themselves as an infallible source of energy and fun.There’s a touch of Buddhism, too, apractice increasingly influential on Murdoch’s outlook in recent years and given a further manifestation via his popular weekly guided online meditation sessions. The album title is possibly a reference to the concept of reincarnation. As Murdoch notes in the liner notes: “There is a firmly held belief in Buddhism that we have been reborn so many times and in so many guises that if we look around us, we are bound to see a person who has been our mother in a past life. And we are surrounded by people who have been our children. If we truly had that in our minds and in our hearts, we would drop the prejudice we had: our attitude to strangers and difficultpeople would alter emphatically.”